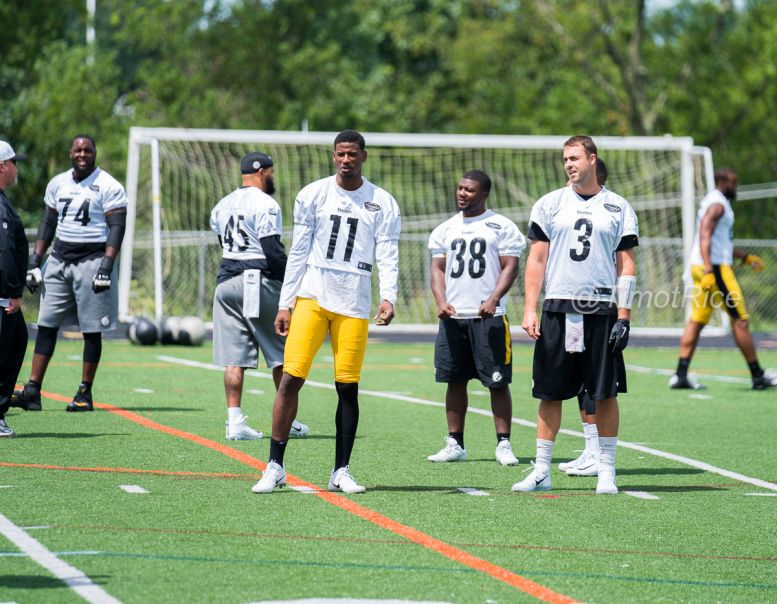 Stop me if you’ve heard this one before: Justin Hunter looks unstoppable in training camp. If you are a fan of the Pittsburgh Steelers, then it is quite possible that you haven’t heard that before up until last week. Problem is, this has been the same story throughout his career, and those incredible performances on the practice field haven’t exactly translated inside of stadiums.

I have already written one article just recently urging people to pump the brakes on Justin Hunter, not to read too much into camp reports, so to be honest I kind of feel bad about writing another one period, let alone one so quickly. But I do think that expectations should be tempered.

One must understand that we are not talking about a newcomer here. Hunter is a fifth-year veteran. We already know what he looks like in extensive meaningful action. Frankly, that makes training camp observations less valuable. Even if he does lock up a roster spot, one should not expect him to have a sudden renaissance because he has a better quarterback throwing him the ball.

Let’s flash back to the 2014 training camp, when the fade pass to Hunter was “all but unstoppable”, according to The Tennessean. “He’s so big and so long, and he has the ability to jump, and he has such a big catch radius”, his quarterback of record at the time, Jake Locker, told reporters. “You’re able to put the ball a lot of places to give him a chance. That puts a lot of pressure on the defense at that point”.

But things didn’t go all that well for Hunter later that year, his second in the league. Limited to 12 games, he caught 28 passes for 498 yards and three touchdowns. That was the most productive year of his career, logging about 600 snaps. None of which, by the way, came on special teams.

There are those who watch his actual game tape and come away with the conclusion that he is shy in crowds and doesn’t embrace contact. That would almost seem to be in contradiction to what we are seeing in training camp. But training camp is a much more controlled environment; and frankly Hunter has a reason to be shy around contact.

Going back to that 2014 season, the former second-round pick ended up suffering a lacerated spleen after he got hammered by the safety after going after a Zach Mettenberger pass. Initially deemed a “stomach injury”, he returned to the game, but ended up in the hospital before the final whistle.

Mettenberger blamed himself for throwing the ball in the first place, but Paul Kuharsky wrote at the time “Hunter could have, and should have, gone after the ball more aggressively anyway. And if he had, he might not have suffered the injury he did”.

It is up to Hunter, now that he is on his fourth team within the past 12 months, to prove that this time will be different. He doesn’t have to be The Next Randy Moss. But having just four snaps on special teams in his career is not going to make it easier on him.