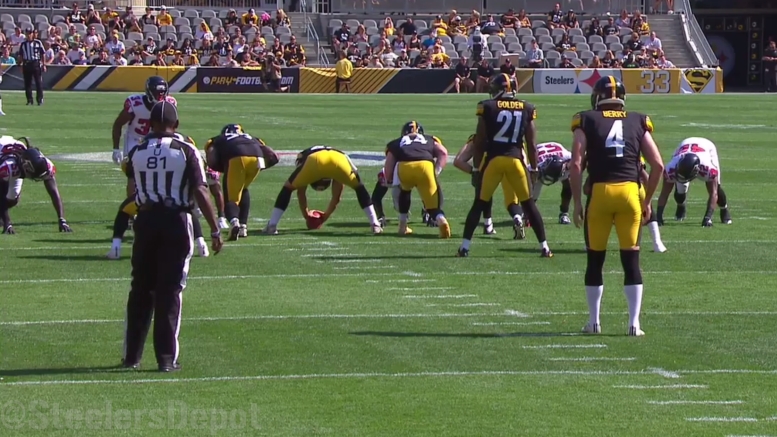 If you asked me early on during the Pittsburgh Steelers’ preseason game yesterday to name an MVP by that point, I would have told you that it was punter Jordan Berry. In fact, I said as much on Twitter…even though nobody asked me.

Even after all was said and done, I might still say that Berry, entering his third year, was the MVP of the Steelers’ side on the day, or at the very least the best player on the field, relative so his role and his significance within the team’s structure. It is rare, but there are times in which a punter is the most important player for a team on the day.

Against the Falcons, Berry may well have had the best day punting of his professional career, or at the least, one of his best, even if it was the preseason. Though his final numbers do not fully reflect it, his game was consistently strong. He put seven of his eight punts within the 20-yard line with no touchbacks. His longest punt went 55 yards, even if he averaged only 39.1 yards per punt.

But as always, it is important to put punting averages in context, because a 25-yard punt could be an excellent one.

But to start things off, the Steelers’ offense opened the game with a three-and-out. They only reached the 28-yard line, but Berry boomed a 55-yard punt to the 17-yard line that was fair caught, induced by Brandon Dixon. Because of a hold, the Falcons actually started their drive from the nine-yard line.

The offense went three-and-out again on their second drive, and again Berry boomed one deep, this one for 54 yards. It was fielded at the 14-yard line, and the coverage wrapped up the returner at the 19, resulting in a net punt of 49 yards.

Perhaps Berry’s weakest punt of the day came toward the end of the first half, when the Steelers stalled on their own 47. He punted 33 yards, where it was fielded for a fair catch at the 20-yard line. But if that is your worst of eight punts on an evening, then you did well. Later in the quarter, a 34-yard punt was fair caught at the 15.

In the second half, the Australian native punted 43 yards for a kick that was downed by the coverage unit at the four-yard line. This one could have gone into the end zone had they not played it right, but, as always, punting and coverage go in tandem. A punter at times makes his coverage look good and vice versa.

His average continued to drag downward as the Steelers continued to stall drives deeper and deeper. Toward the end of the game, a drive died at Atlanta’s 39-yard line, and a 29-yard punt set the Falcons up on their own 10. Another 26-yard punt was fair caught at the 14. So, again, punt averages and net don’t always reveal the full picture. Berry had a good day for sure.