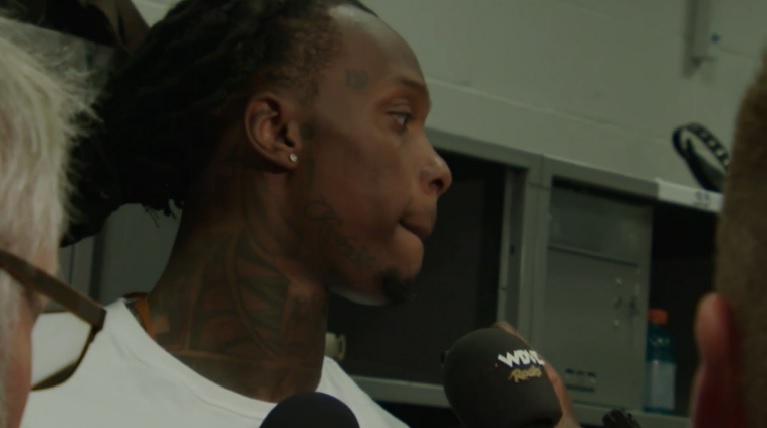 I know this is such an obvious statement but when we waited for what felt like forever for the NFL to quit dragging their feet, it’s worth shouting from the rooftops. Speaking with reporters following last night’s win, Martavis Bryant confirmed he’ll be practicing with the team Sunday.

And naturally, is thrilled to be back on the football field.

“It’s a great feeling,” Bryant told reporters via Steelers.com. “It’s been a long time coming. I’m just happy the process is almost over.”

Of course, there is that caveat he included of almost over. Bryant still hasn’t been fully reinstated and the league will need to clear him for Week One against Cleveland. At this point, it should hopefully be just a formality and a quicker answer from the league than this ordeal.

Bryant said he wasn’t involved in the process to get cleared.

“Honestly, I ain’t have nothing to do with that. My agent, Kevin, and Mr. Rooney was talking to the league about it. Whatever needs to get done, they’ll make sure I do it.”

The hang up and delay was never made known with the league placing the blame on Bryant. His teammates wondered aloud when the league would cut through the red tape and reach the inevitable decision of letting him practice.

For the preseason at least, that is behind Bryant. He’ll no longer be confined to the middle field, adjacent the rest of his team, running routes while wearing a weighted vest. Come Sunday, he’ll be in full pads, joining his teammates, and wowing the crowd.

“We’re going to put our foot on the gas and proceed,” Mike Tomlin told Missi Matthews during halftime. “He’s physically ready. We’ve gotten the go-ahead from New York. We got him an extended workout in warmup tonight…he’ll start like the rest of them when we get back to Latrobe and continue with development.”

Foot on the gas. Vroom vroom, Steelers’ Nation. Martavis Bryant is back.