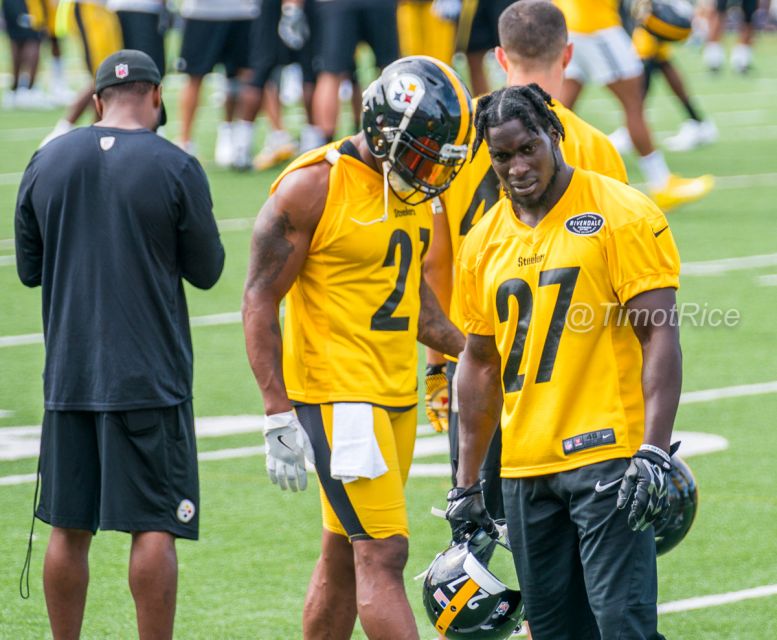 I was hoping to be able to cover this discussion once we got a couple of bodies back in the picture, but the frank reality is that it’s not clear when some of the Steelers’ injured cornerbacks are going to be able to get back on the practice field and resume their quest to land a spot on the 53-man roster.

Now, the majority of the group is already set in stone, or at least very near to it. There are five roster spots already largely secured or absolutely secured, including starters Artie Burns and Ross Cockrell, slot cornerback William Gay, rookie third-round draft pick Cameron Sutton (even though he has not been on the field), and veteran free agent signing Coty Sensabaugh.

That leaves just one roster spot remaining, in all likelihood, for a pool of at least three other cornerbacks vying for it, and right now the leader in the clubhouse has to be first-year former undrafted rookie Mike Hilton, who finished up the 2016 season on the Steelers’ practice squad.

The other two looking to get back on track and take that spot for themselves are 2015 second-round draft pick Senquez Golson, who has already missed most of training camp with a hamstring injury, and rookie fifth-round pick Brian Allen, who looks like a wide receiver who converted to cornerback, because he is.

Hilton has been opening eyes by making lots of plays in practice, even if he has been far from without his flaws. Golson will have to get back on the proverbial moving train once he returns from his injury, because his former college teammate is hogging the spotlight at the moment—albeit before a preseason game has even been played.

As for Allen, he really has his work cut out for him when it comes to his coverage skills, as he has looked as raw as advertised. But when you’re talking about the sixth spot on the depth chart at cornerback, what you’re really talking about is special teams. All three of these guys had better be well aware of that fact.