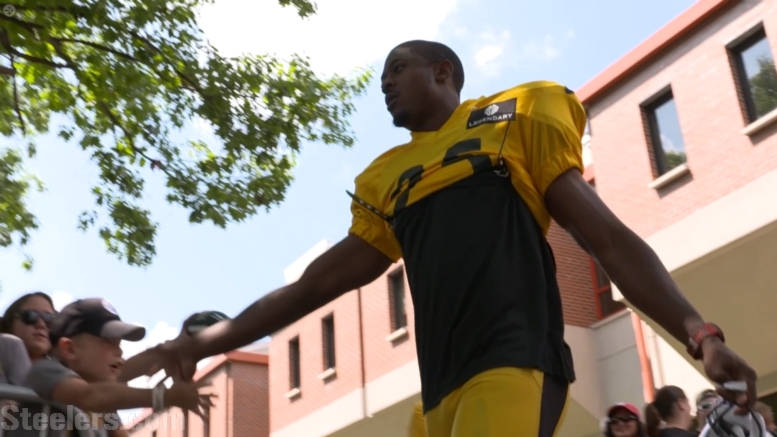 In arguing the case that both running back Le’Veon Bell and left tackle Alejandro Villanueva, neither of whom are under contract right now, should skip training camp, the professional sports writer who covers the NFL for a living posited that “NFL training camp is a stupid idea that is no longer useful”.

“There is nothing for any veteran to gain by going through it. It is the most overrated, unnecessary exercise that NFL teams do, well besides OTAs and minicamp”, he contends. “The same can probably be said for college and high school training camps but there is at least that whole ‘team bonding’ stuff that goes on at those levels”.

Evidently fairly new to the Steelers beat in the grand scheme of things, to be fair, Zeisse should never the less still have a basic understanding of the notion that practicing things makes you better at doing things. This is a fundamental concept that has served humanity well over the course of the past couple hundred thousand years of the evolution of our species.

“The Steelers — and every team — could get ready for the season with just a couple of weeks of practice and a few film sessions”, he argues. Of course, if this were actually true, that is exactly what teams would be doing, since owners are generally not interested in spending resources that are not necessary for the accrual of more resources, which they gain by having success on the field.

But since the NFL no longer allows team to practice three times a day and limits the number of occasions in which they can wear pads during said practices, he argues essentially that training camp serves no purpose, and OTAs and minicamp even less so. Evidently adults being paid to play football do not also bond with their teammates, either. That is only at the lower levels of competition.

Frankly, this is a baffling argument that I can only describe as terrible, and I would love to see somebody who is actually informed make a compelling argument for why NFL teams should forego virtually all of the offseason and just gather around two weeks before the start of the season for some pattycake and movie nights.

Zeisse argues that “Bell has nothing to gain and everything to lose by going to training camp”, which is not at all true, because signing his franchise tender would make his $12 million salary guaranteed. Can you imagine if he gets injured training on his own before signing his tender?

As for Villanueva, as Alex Kozora pointed out, the Steelers do not negotiate with holdouts, and I’m sure that applies whether the player has a contract or not, so he actually has very little to gain by not reporting.