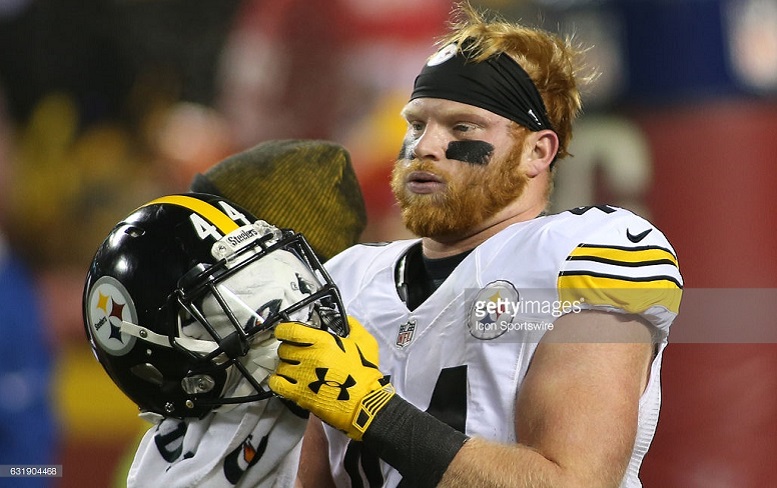 With the Pittsburgh Steelers set to report to training camp in Latrobe in just a little more than two weeks from now, it’s probably a great time to look at a few “special” players on the roster and by that, I mean those who can likely contribute immensely on special teams during the 2017 season should each ultimately wind up making the 53-man roster. To make this list, however, a player must have played at least 90 special teams snaps last season in the NFL and not be considered a potential full-time player in 2017. In short, apologies to linebacker Vince Williams, cornerback Artie Burns and safety Sean Davis.

Anthony Chickillo – Chickillo might not have developed yet as an outside linebacker as many originally thought and hoped he would but with that said, he has somewhat surprisingly become a valuable special team contributor based on the fact he was a much larger player who played defensive end in college. In 2016, Chickillo led the Steelers in total special team snaps played with 278 and ended the regular season with five total tackles. If not for ankle injury, he might have been even a little more productive last season on special teams.

Tyler Matakevich – A tackling machine on defense during his college career at Temple, Matakevich fit in perfectly on special teams with the Steelers during his rookie season. He played 270 total special teams snaps during the regular season and registered a team-high 12 total tackles while covering punts and kickoffs. He epitomizes the term “core player.”

Fitzgerald Toussaint – You might be surprised to know that Toussaint finished third last season in total special team snaps for the Steelers with 248. In addition to registering 13 kickoff returns for 278 yards, the backup running back also had three total tackles on special teams during the regular season.

Roosevelt Nix – The Steelers fullback unfortunately missed the first five games of the regular season with a back injury. However, once he was healthy enough to resume action, he went on to play 170 total special teams snaps to close out the regular season and registered eight total tackles in the process which wound up being the second-most on the team.

Sammie Coates – While Coates fizzled as a wide receiver in 2016 after suffering a hand/finger injury in Week 5, he did manage to find a way to contribute positively as a special teams player. In total, Coates played 192 special teams snaps during the regular season on his way to recording seven total special teams tackles of which three he was scored as being the primary.

Jordan Dangerfield – As a special teams player, this Dangerfield certainly deserves a lot of respect. Last season, the backup safety played 229 total special teams snaps in 14 regular season games for the Steelers and ended the year with six total tackles with five of those being assist.

Steven Johnson – Johnson signed originally with the Steelers last offseason and upon doing so it was believed that his addition was primarily special teams related due to his previous history with the Denver Broncos and Tennessee Titans. With that said, Johnson still found himself on the Steelers inactive list for the first three games of 2016 regular season. However, once he was allowed to dress starting in Week 4, he quickly displayed his knack for solid special teams play on his way to registering six total tackles and a forced fumble over the course of the next four games. His season came to abrupt end in Week 10, however, thanks to broken ankle. In total, Johnson played 101 special teams snaps for the Steelers in 2016 and he was re-signed to a one-year contract earlier in the offseason.

L.J. Fort – While not overly productive in the tackle category last year on special teams, Fort, a backup linebacker, still played 207 snaps in total for coordinator Danny Smith and he ended the regular season with two total tackles.

Darrius Heyward-Bey – The Steelers veteran wide receiver missed six games with a foot injury last season but even so, still managed to play 114 total special teams snaps on his way to reordering three total tackles of which he was listed as the primary on all of them.

Daimion Stafford – As a member of the Titans last season, Stafford, a safety, logged 222 special teams snaps but recorded just one total tackle. He did, however, have five in 2015 with the Titans.

Summary: Not all these players listed above will ultimately make the final 53-man roster this year, but several will. Additionally, the Steelers rookie draft class is filled with potential special teams contributors in cornerback Cameron Sutton, running back James Conner, cornerback Brian Allen, long snapper Colin Holba and outside linebacker Keion Adams.