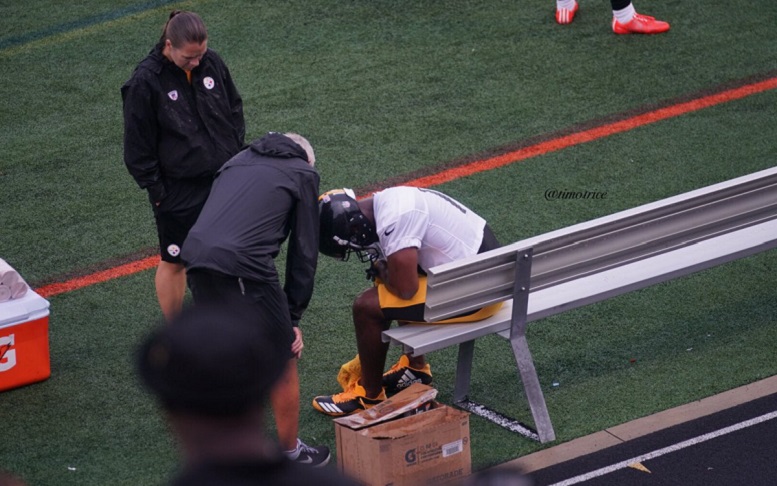 Pittsburgh Steelers rookie wide receiver JuJu Smith-Schuster suffered a left ankle injury during the team’s first training camp practice on Friday and while he was able to finish the session after being attended to by the team trainers, he isn’t practicing on Saturday, according to our very own Alex Kozora.

Yea juju is out but he is shadowing closed to Richard Mann so the learning continues #steelers #nfl #steelernation @Steelersdepot pic.twitter.com/jbJu0vt0Bm

Smith-Schuster, the Steelers second-round draft pick this year out of USC, injured his left ankle while attempting to catch a pass during a seven-shots period. After practice was over, head coach Mike Tomlin didn’t seem to be concerned about the rookie wide receiver’s injury when he talked to the media.

“JuJu I think had a lower body ankle injury at some point during practice. He missed a portion of it, but was able to come back and finish,” Tomlin said.

Missing any training camp practice is never a good thing when it comes to rookie players and hopefully Smith-Schuster can rebound quickly from his ankle injury. We’ll see if Tomlin addresses his injury again at the conclusion of Saturday’s practice.