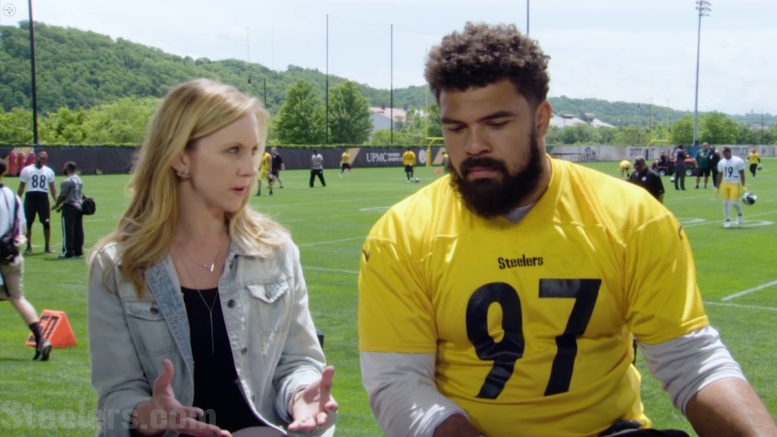 Moving along quickly here at Steelers Depot in the “Ranking the Starters” series, we’re now inside the top 10 after a long slog to get to this point.

With training camp just days away, I’ll continue the series today, taking a look at No. 9- 7.

I’m still not a huge fan of all the talking Mitchell throughout the season, but man alive has he developed into a very, very good safety for the young Steelers defense, namely as a leader of the young secondary in which Artie Burns and Sean Davis looked up to him last season.

Sure, he doesn’t force a ton of turnovers, but he’s a steady tackler and really makes receivers think twice about coming across the middle of the field throughout games.

Last season, I felt that Mitchell deserved a Pro Bowl nod. This year, I think he’s going to final get that opportunity for the Steelers as the defense in front of him improves.

Following a strong season in the middle of one of the best offensive lines in football, Pouncey jumps five spots from last year’s list into the top 10.

Calling the shots along the line of scrimmage, Pouncey plays a large part in putting his fellow lineman in the right spots with the right assignments more often than not, which has led to an outstanding rushing and pass protection performance as a whole over the last two years for the Steelers.

Although closing in on 30 years old, Pouncey still plays at a high level at center for the Steelers, and should be able to keep that up for the foreseeable future.

A pectoral injury ended Heyward’s season last winter, so that’s largely the reason for the stalwart defensive end sliding a few spots down this list.

However, when on the field last year, Heyward was a menace for offensive lines, racking up 17 tackles and 3 sacks in just 7 games before ending the season on injured reserve.

Fully healthy now, Heyward rejoins a loaded line with Javon Hargrave and Stephon Tuitt. The trio should be able to terrorize offensive lines each and every week during the 2017 season, which should play right into Steelers potentially reaching the Super Bowl.