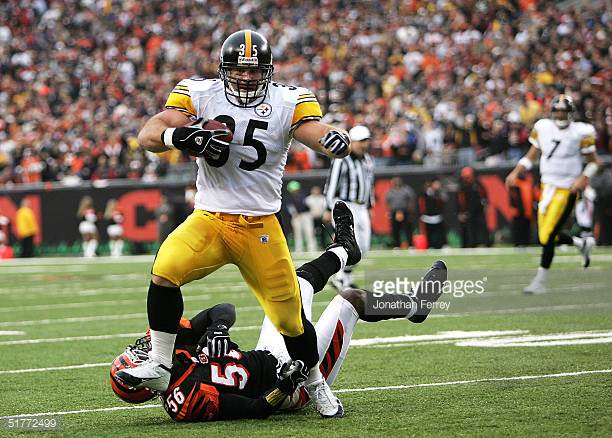 To me, Kreider isn’t underrated. I remember him well, remember him fondly. But maybe that’s just my bias towards the people who do the grunt work. Perhaps Steelers’ Nation doesn’t revere him the same way, a feeling I’ve gotten talking about underrated players in the past.

This era of the Steelers, early to mid-2000s, was centered around the running game. There’s zero debate their rushing attack wouldn’t have been nearly as successful if it wasn’t for Kreider. From humble beginnings, he was a UDFA out of New Hampshire. The Steelers cut him out of camp and signed him to the practice squad, a time where teams would carry two fullbacks. When Jon Witman went down with injury, Kreider came up, and Witman got Wally Pipped him.

“Let’s clear this up once and for all: You don’t lose your starting job due to an injury. You do lose it, though, if the guy who gets the chance to play in your absence happens to turn out to play better than you. Which is why Dan Kreider may be the Steelers’ starting fullback even if Jon Witman comes back better than ever next year.”

Witman didn’t come back better than ever but Kreider remained the starter. By 2001, the Steelers had the best ranked rushing offense and finished second three seasons later. Finally, in 2005, with their smashmouth brand of football, the Steelers won their first Lombardi since the Chuck Noll era. In the playoffs, the Steelers ran for at least 100 yards in three of four games and at least a rushing score in all four.

Kreider would be the guy up through 2007, though in that final year, Carey Davis took his job. Kreider spent one year in St. Louis, another in Arizona, and then called it quits after a neck injury.

He didn’t touch the ball very often throughout his career. In eight seasons with Pittsburgh, he carried the ball just 31 times and chipped in 60 receptions. That works out to under a touch per game. But that wasn’t his role. It was to protect the guys who were holding onto the football, a job he did supremely well as the era of brute-force fullbacks came to a close.

There aren’t too many details on what Krieder is doing post-football, though he’s mentioned in interviews about doing maintenance work on properties he and his family own. He also brought a golden football to his high school last year, given out by the NFL to every school that produced a Super Bowl player or coach. Also a couple clips of his high school days included, which are pretty cool.

Dan Kreider, your blast from the past.