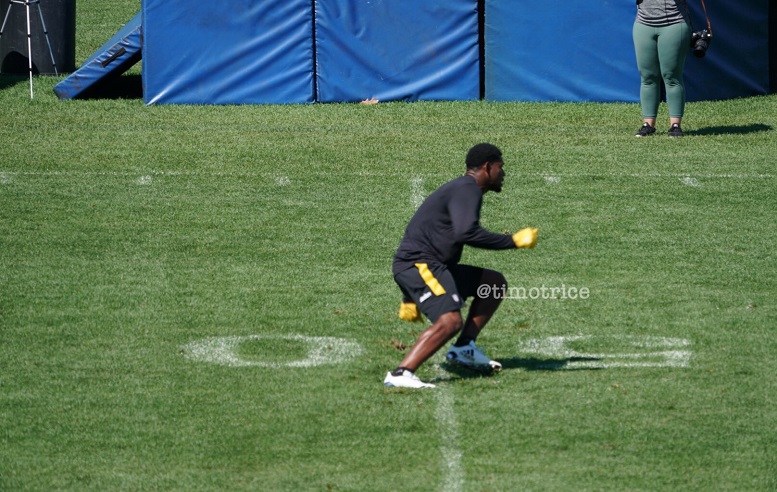 Pittsburgh Steelers rookie wide receiver JuJu Smith-Schuster has been sidelined with an ankle injury the last two days but it appears as though the team’s second-round draft pick out of USC is very close to resuming full practices.

While Smith-Schuster is apparently only working on the side during Mondays practice at Saint Vincent College in Latrobe, Alex Kozora and Tim Rice both report that he went through individual routes with the other wide receivers and was going near full speed.

Smith-Schuster injured his ankle during the team’s first training camp practice at Greater Latrobe High School on Friday. While he was able to return to action after having his left ankle looked at, he failed to practice on Saturday and Sunday.

As far as other absences on Monday, Kozora reports that safety Mike Mitchell (soft tissue), linebacker Vince Williams (soft tissue), running back James Conner (shoulder), cornerback Senquez Golson (soft tissue) and cornerback Cameron Sutton (lower body) all appear to be sidelined at the start of practice. Guard Ramon Foster also appears to have been given the day off.