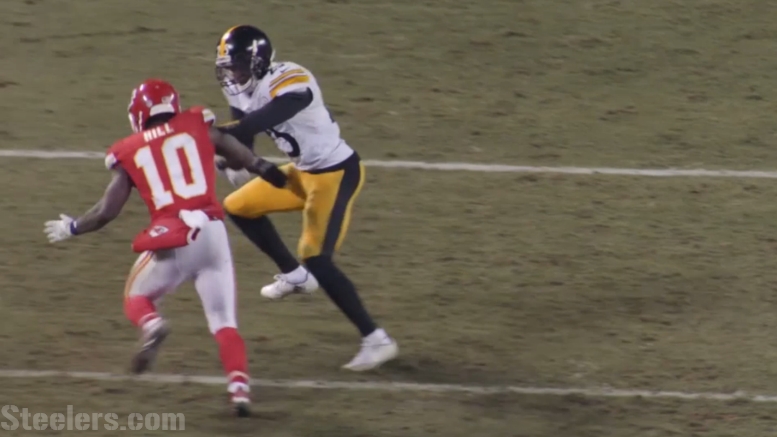 Topic: Will Artie Burns be the Steelers’ top, and best, cornerback in 2017?

It should be stated off the bat that for many, if not most teams, there is not necessarily a clear distinction between a top cornerback and the number two cornerback unless they actually execute a role that goes along with the distinction.

The average NFL defense features a pair of cornerback that will play sides of the field, rather than follow particular wide receivers, so to a degree, that makes the distinction of a number one cornerback a moot point. So when we talk about the top cornerback and the best cornerback, we could be talking about different things, with the former somewhat predicated on them not exclusively playing sides.

But there is no reason to think that the Steelers will not be unwilling to incorporate some shadowing among cornerback this season, yet it is less clear whether the one doing the shadowing will be Burns or Ross Cockrell, the latter of whom was the team’s best cornerback in 2016.

Burns should be poised to become the best cornerback on the team in his second season, however, with far more knowledge and experience—and training, and strength, etc.—under his belt. He has all the physical tools, more so than does Cockrell, so if they intend to shadow somebody, it is likely to be Burns doing it.

Still, we actually have to see the result first before we start going on anointing people. For as much progress as he made over the course of his rookie season, Burns did finish the year with plenty of things that he needed to work on.

He would not be the first player to exude confidence and run down a list of things he is working on during the offseason only to fail to see that show up once the games are played. So this is an important question that needs answering over the course of this season.