The Pittsburgh Steelers started their third week of OTAs on Monday and as expected, head coach Mike Tomlin has decided to use the first day of the week to build team unity just as he has done for several years now.

According to Steelers rookie wide receiver JuJu Smith-Schuster on Instagram, the team returned to Dave & Buster’s this year for their annual team building OTA session and the day will be filled with the players playing various arcade-style games.

Last year, Tomlin changed things up and took his team bowling in lieu of spending the afternoon at Dave & Buster’s. Be sure to check out steelers.com later in the day as there is sure to be some video posted from Monday’s field trip that will likely include some reactions from the players.

Nothing like a little team-building to start the week. ? pic.twitter.com/ds94n1bvWr

With the Steelers away from the facility on Monday, players won’t be talking to the media. One can easily speculate that the team will continue with their on-field OTA practices on Tuesday with sessions wrapping up on Thursday.

Per the CBA, teams can conduct up to 10 OTA sessions every year and those are followed up by a mandatory minicamp. 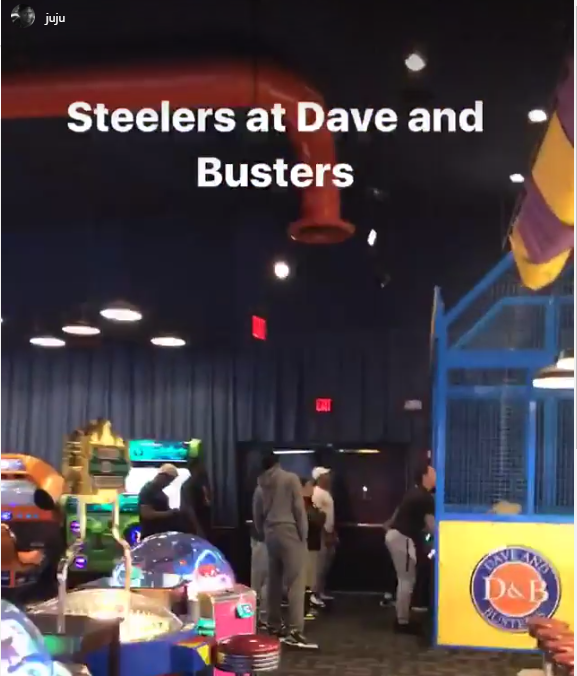