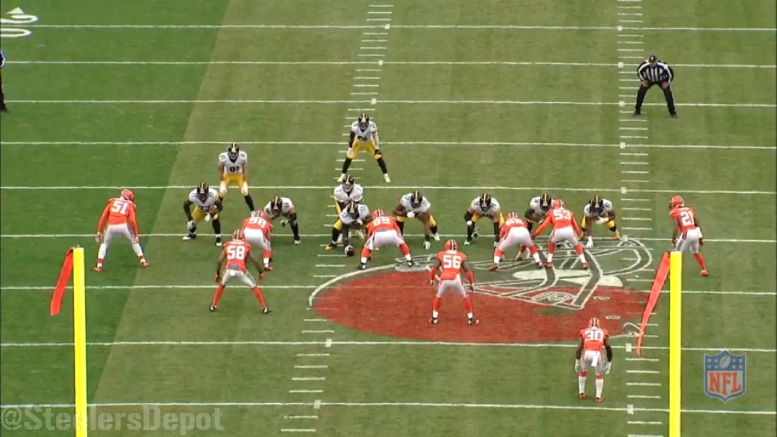 This headline is probably a bit obvious but reinforced with yesterday’s news of Baltimore Ravens tight end Dennis Pitta’s hip injury. One that will certainly sideline him for the season and very likely, his career. Not only do the Pittsburgh Steelers have the best offense in the AFC North, they’re on an entirely different level.

The rest of the North are at sea level. Pittsburgh is in the stratosphere.

Cleveland aside – we’ll get to them – the other teams in the North have gotten worse during the offseason. While the Cincinnati Bengals did well to add some serious speed to their roster in John Ross, and regardless of how you feel about him off the field, Joe Mixon is a talented back, their offensive line was gutted. Goodbye to left tackle Andrew Whitworth and right guard Kevin Zeitler. Tyler Eifert still has loads of talent but plagued by injuries; most recently, back surgery, making him uncertain for the start of camp.

Baltimore has been dealt blow after blow. Their offense struggled last year as Joe Flacco answered the question if he’s elite – the answer is no – and it’s only gotten worse. Four of their top five receivers on third down won’t be with the team in 2017; Pitta, Steve Smith, Kyle Juszczyk, and Kamar Aiken. All that’s left is Mike Wallace, far from what you think about when you consider a third down presence.

The offensive line lost Ricky Wagner and there’s still no true #1 running back; a hodgepodge of names looking to gain an advantage. Tight end looks bleak without Pitta; frankly, it didn’t look great with him, with Maxx Williams going under a never-done knee surgery and the aging Ben Watson.

The Cleveland Browns have gotten better, especially if Cody Kessler winds up starting under center. David Njoku is a clear upgrade over Gary Barnidge though it’s worth pointing out rookie tight ends have a tough transition. The offensive line was beefed up by stealing away Zeitler from the Bengals. But with another Corey Coleman injury and not a lot else to offer at receiver, it’s not going to be a potent offense.

As you know, the Steelers offense has gotten stronger even with the loss of Ladarius Green. Martavis Bryant is back, the team drafted JuJu Smith-Schuster, and players like Jesse James and Eli Rogers (if he holds onto the starting slot job) will grow. On paper at least, it’s one of the top offenses in the league. Where does the next AFC North team rank? The Bengals somewhere in the middle of the pack?

Mentioning the caveat here is important. It’s fair to say the Ravens have a better defense and the Bengals could be argued as comparable to Pittsburgh. They always play the Steelers tough and schematically, have found ways to combat the Steelers’ offense. But on paper, the Steelers’ offense should be the first to 20 in any AFC North showdown. And put them on a path to keep the divisional title belt.