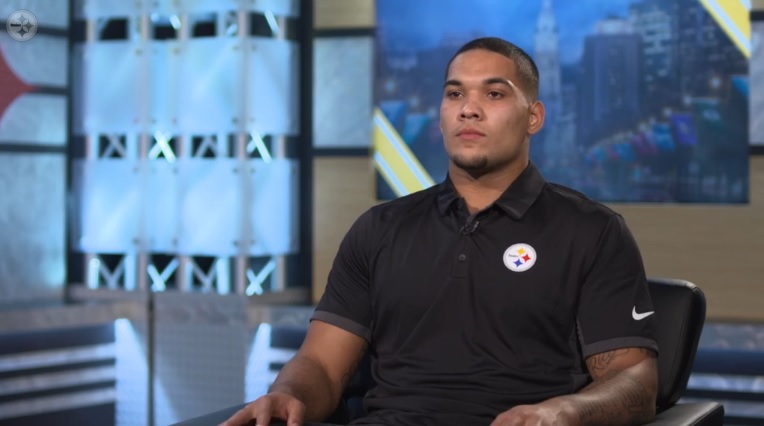 We know many things that motivate James Conner. Beating cancer. Passion for the game. Go ahead and add where he came to the list. Answering a questionnaire for the team website, Conner said playing for a relatively obscure place like Erie makes him work all the harder.

“Being from Erie, Pa., we are a smaller town, we aren’t too well known,” Conner wrote. “I just like to do it for the city. I get so much love and support from my hometown, and Pittsburgh. I just want to do good for the people.”

Conner played at McDowell High School, having one of the most successful senior seasons in Pennsylvania football history. As a senior, he averaged more than ten yards per carry and found the end zone a 21 times. He followed that up with an impressive career at Pitt, getting to stay local. As a sophomore in 2014, he rushed for nearly 1800 yards and 26 touchdowns.

The NFL is a different level, a fact that certainly isn’t lost on a guy like Conner. He went on to write about talking to a presumed Steelers’ strength coach one day – that’d be either Garrett Giemont or Marceel Pastor – about how tough the league and how high the talent is.

“I was talking to our strength coach and there are some creatures out there so you have to go out there and be dominant, unstoppable and ready to play.”

The Steelers’ rookie class was focused on “hearts and smarts,” the term Kevin Colbert coined, and Conner certainly exemplifies both. The others in this group fit the bill, too. T.J. Watt’s humility is only matched by his work ethic, JuJu Smith-Schuster, an unknown to many when he was drafted, is already a fan favorite while Cam Sutton and Josh Dobbs have acclimated themselves well to the team and league.

Conner is playing for his city. His new one and his old one.