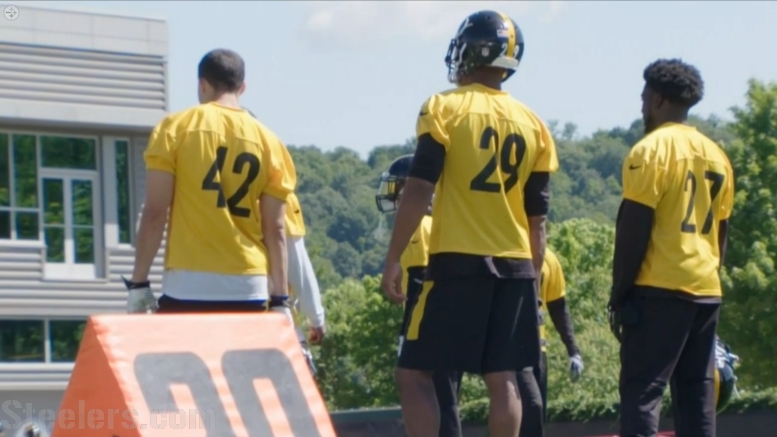 By the time June rolls around, it is safe to assume that the majority of NFL rosters are virtually entirely set moving forward, with only a few minor tweaks here and there toward the bottom of the roster, on average, although there are always a few notable moves that come late.

Given the time of year, and the fact that all of the heavy lifting when it comes to roster-building goes is already completed, it seems as good a time as any for people to take stock of where their team stands, and that is what Gregg Rosenthal recently did for every team in the league.

Earlier this week, he posted an article highlighting the weak spot for every team in the AFC. That includes, of course, the Pittsburgh Steelers, and for the defending AFC North Champions and AFC runners-up, the NFL Network scribe highlights—as you well might have guessed—the cornerback position.

Despite the fact that the Steelers not only signed a cornerback in free agency, but also drafted two, and have gotten a former second-round draft pick back from injury, many are still very concerned about this position group for the team, and even I must acknowledge that it is not without reason.

“The Steelers have a few trademarks under GM Kevin Colbert”, Rosenthal writes, “like rolling with a cornerback group fans don’t trust. The unit is deeper than usual, led by last year’s first-round pick, Artie Burns, and veteran Ross Cockrell”.

Cockrell, a former fourth-round pick of the Bills in 2014, has spent the past two years with the Steelers, were he entered the starting lineup on a full-time basis in 2016. He had already been rotating heavily into the mix in 2015, just weeks after he was brought in.

While Rosenthal seems fine with the players at the top, it is the rest that he is not impressed with. “The depth chart”, he writes, “which also includes William Gay and third-round pick Cameron Sutton, lacks a difference-maker. When the AFC playoffs arrive and the Patriots or Raiders show up, will that be enough?”.

There certainly is something to be said about the cornerback position for the Steelers, but they are the same sorts of things that can be said for most teams. There is a general lack of quality starters around the league, which is why the top end of the market gets $12 million a season.

The bottom line is that the cornerback group this year is stronger than it was last year. They return all three starters and completely flipped the depth chart upon its head in a positive way. And it’s certainly very reasonable to think that somebody like Sutton or Senquez Golson could make a difference here or there. They haven’t had the chance to yet.