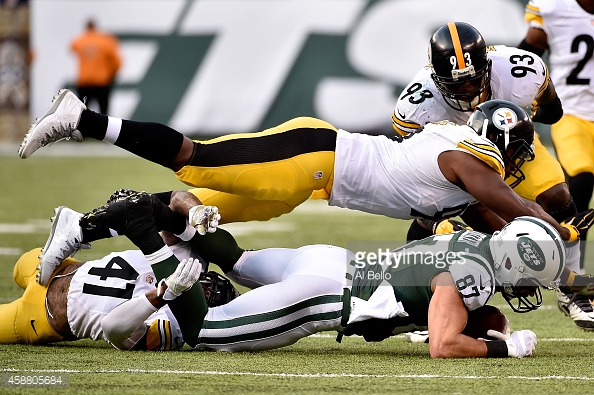 Things did not work out quite the way the Baltimore Ravens were hoping during yesterday’s meeting with free agent wide receiver Jeremy Maclin, given that he managed to leave the team’s facility without having signed a contract. They even had Steve Smith in the building to meet with him, but he still wasn’t prepared to commit, in contrast to their supposed reputation as a great ‘closing’ team when it comes to signing players they have brought in.

Now, that doesn’t mean that Maclin might not still eventually sign with the Ravens, but he understands that he has a market, and that he has time, and he is going to take advantage of both of those facts. With the dead period of the summer coming up while teams are away from football leading up to training camps, there is not going to be a lot of movement by any team on any front. Many people will literally be on vacation.

Baltimore is not sitting idle, however. Albert Breer reported yesterday via Twitter that the Ravens (predictably, I might add) are among the teams that have been in contact with the New York Jets about a potential trade for wide receiver Eric Decker, whom they seem poised to release if they are unable to work out a trade.

Per sources, Jets have had trade talks with the Ravens and others on Eric Decker. Decker remains on the Jets roster, per the league wire.

The Ravens have already been involved in one such trade this offseason, sending center Jeremy Zuttah and his contract to the 49ers for a late-round draft pick after reports surfaced that they intended to release him otherwise. The advantage of doing this is that it avoids a bidding war, and Baltimore doesn’t have the resources to afford getting into one of those.

The head scratcher here is that Decker has a cap hit of nearly $9 million right now, including a base salary of $7.25 million, and his base salary for 2018, the final year of his deal, is slightly more than that at $7.5 million. Baltimore…uh…doesn’t have the space to swing that.

According to the ever-resourceful Over the Cap, the Ravens currently have just under $7 million in cap space following the release of tight end Dennis Pitta, who Jamison Hensley remains in the hospital after suffering a hip dislocation earlier this week in practice, his third in four seasons, which will in all likelihood result in the end of his playing career.

Just to throw out a bit of schadenfreude out there for all of you, the Ravens currently have nearly $19 million in dead money counting against their 2017 salary cap, including $4.4 million for Eugene Monroe and $2.7 million for Pitta. Remember when everybody was mad about the dead money for LaMarr Woodley? Good times.

Baltimore does at least have most, if not all, of their draft picks already under contract, so that is not a future issue that they need to consider while they weight their options in affording the addition of a wide receiver of the caliber of Maclin or Decker while they are available late in the offseason.