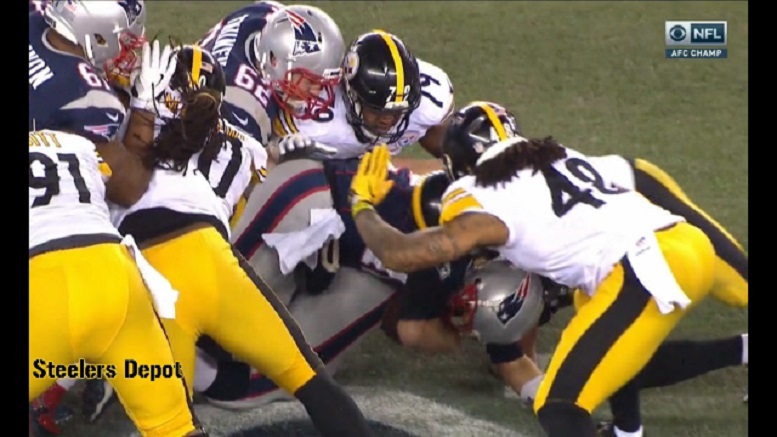 While most, or perhaps all, of the focus yesterday from Pittsburgh Steelers defensive coordinator Keith Butler’s comments was paid to the aspect in which he discussed the team’s dabbling in a greater variety of man coverages in preparation for becoming a more diverse defense in 2017, he certainly had a lot more than that to say.

A large number of commenters and commentators have largely shaped this upcoming season as a revenge match for the Steelers against the New England Patriots, whose victory over them during the regular season helped prevent them from acquiring a bye week, and of course whose victory over Pittsburgh in the AFC Championship game ended their campaign prematurely on the doorstep of the Super Bowl.

The Steelers may not have managed to sack the future Hall of Fame quarterback in the first meeting, but they did by and large do a better job of containing him both in coverage and in the pocket. Despite a lack of sacks, they got more pressure overall, and that included four hits—one even by Jarvis Jones.

Part of that was also due to their ability to keep Brady questioning what he is seeing in coverage. “If you look at our first game, he’s sitting there, pumping the ball and looking all around”, Butler told reporters following yesterday’s minicamp practice. “We had a lot of opportunities to sack him and we didn’t”.

The opportunities virtually dried up for pressure in the second game for a multitude of reasons, including but not limited to a greater emphasis on inexperienced players that limited coverage options, New England’s ability to respond to the first game, and the fact that they were now on the road rather than at home.

“If we would have got some pressure on him and sacked him a couple times and get him cussing his dad-gum offensive linemen out, hey, man, it’s a beautiful world for us”, Butler said in a way that basically only he could manage to put it.

The Steelers need to get Brady ticked off at his dad-gum offensive linemen this year, and that will require improvement in getting to him with four-man rushes while providing him with greater variety and more physical coverage in the secondary.

Butler knows that he was somewhat limited in what he could throw at Brady last year due to some mitigating circumstances—injuries and inexperience—but he shouldn’t have those same excuses at his disposal this time around. And that comes for all of the Steelers’ other opponents, as well.