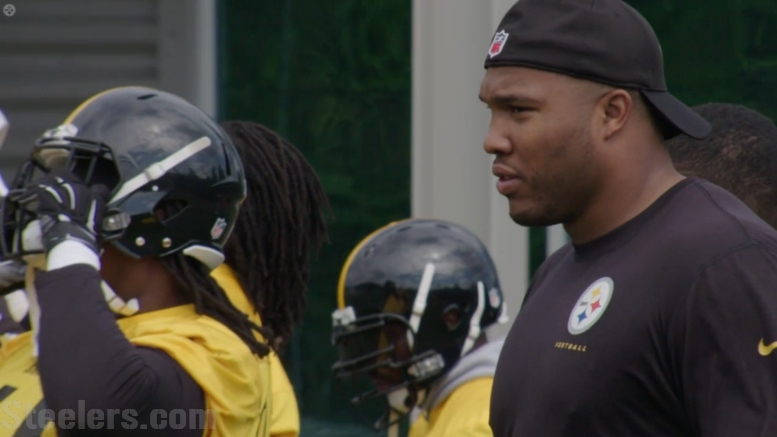 Topic: Which offseason contract negotiation is the most important, and which is the most difficult?

As the Steelers enter the meat of the offseason en route to their mandatory minicamp, they still face the prospect of a number of contract negotiations that they are hoping to settle before the start of the 2017 regular season.

The most expensive of the group to date is that of running back Le’Veon Bell, who was given the franchise tag at a value of around $12 million. Starting defensive end Stephon Tuitt is entering the final year of his rookie contract, but will command a large contract of his own. Left tackle Alejandro Villanueva, a third-year player, has elected not to sign his exclusive-rights free agent tender in lieu of continuing negotiations, yet he was a full participant during OTAs.

In terms of importance, I believe that each has a case to make. Bell is the most talented player of the group and offers the most at his position that another replacement cannot. Yet running backs have a short shelf life. Left tackle is always an important position, but especially now with Ben Roethlisberger contemplating retirement, so you don’t want to lose his blindside protector.

As for Tuitt, well, he has the potential to remain with the team the longest. He already came into the league as an underclassman and is only three years in, while Villanueva, in his third season, is already turning 29. He will have the longest career with the team, in theory. That makes his contract the most important.

Yet I also believe it should be the least contentious, with the only possible sticking point being finding the price point relative to Cameron Heyward’s deal while giving consideration to cap inflation. The other two deals? Things could get tense.

While Villanueva has been working, he didn’t commit to participating in OTAs, and the fact is that he chose not to sign his ERFA tender, which he didn’t have to not do in order to continue to negotiate. I’m honestly not sure I entirely understand the reasoning. He said that he would heed the advice of his agent.

Bell…well, Bell has rapped about how much money he wants to be paid—literally. And it’s more than the franchise tag. He is already by far the highest-paid running back in the league, but that will change as other young running backs like David Johnson and Ezekiel Elliott reach their cashing-in points.