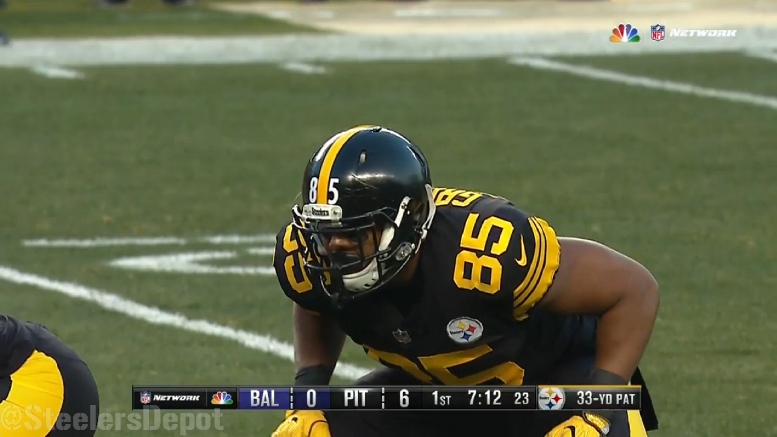 Topic: Will, and should, Xavier Grimble have a bigger role in the tight end room in his second season on the roster?

While he ended up spending the entire year on the 53-man roster, it is quite possible that he never would have made it in the first place had things been different initially. The suspensions of Le’Veon Bell and Martavis Bryant, the injury of Bud Dupree, and, most importantly, the fact that Ladarius Green began the season on the Physically Unable to Perform List, all contributed to his ability to make the team a year ago.

But Bell returned after three games, Dupree late in the year, and Green toward the middle, yet through all of those returns Grimble remained on the roster, and remained as a contributor until he suffered a rib injury catching a touchdown pass on the opening drive against the Ravens on Christmas Day.

There is reason to believe that he will play a bigger role this season. In the two games leading up to Green’s return, Grimble actually logged quite a bit of time, even more than Jesse James. His role was reduced dramatically when Green was activated, but he was featured on the Steelers’ opening drive of the game after Green’s concussion, culminating in the touchdown. One might extrapolate that he would have continued to contribute more had it not been for the injury.

After his injury, David Johnson also began carving out a niche for himself in the offense, even being featured in a package as the lone tight end. James and Johnson both do different things, so Grimble will have to compete for snaps and roles from two directions.