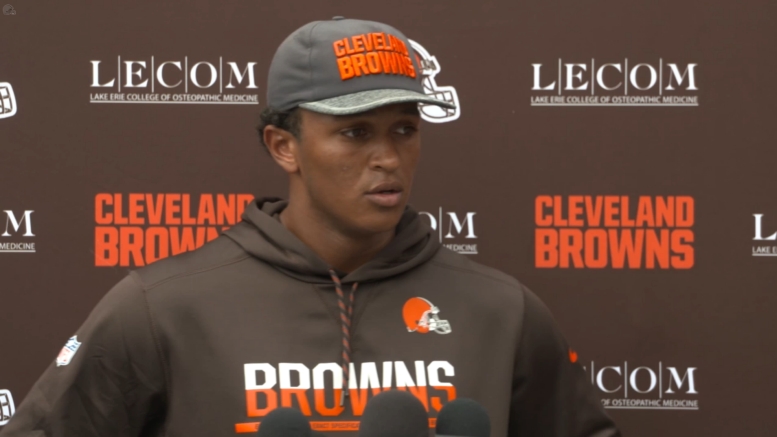 As the saying goes—or an approximation of the saying, at any rate—whenever you think that you have more than one quarterback, you actually have none at all. A starting quarterback, that is, and in the case of the Cleveland Browns, they have four quarterbacks, none of whom have proven up to this point in their careers that they are proven to start.

Thus far, the front-runner for the starting job entering the offseason process has been Cody Kessler, last year’s third-round draft pick who, due to injuries to the two quarterbacks ahead of him on the depth chart, ended up starting the majority of games last season.

The Browns also traded for Brock Osweiler as part of a deal to acquire a second-round pick, and at this point it seems as though they recognize that he is probably going to remain with the team. But just because he is in the building doesn’t mean he is going to start.

According to Mary Kay Cabot writing for Cleveland.com, there is an expectation that second-round rookie DeShone Kizer out of Notre Dame is going to make a hard push for the starting job a quarterback once training camp commences.

She notes that Kizer began the spring working behind Osweiler, “but showed coach Hue Jackson enough to warrant the No. 1 spot on the second day of minicamp”. While he still took his reps third in the order, he worked with the first-team offensive unit, Osweiler the second-team grouping.

“We already have some capable guys here in Brock and Cody, and we want to see if he can compete with those guy”, Head Coach Hue Jackson said of Kizer at the close of minicamp last week. “Obviously, there are some things he does really well, and there are some things where he’s still a young quarterback. He’s still learning, but he’s emerging. I do believe that. We’ll see how this all unfolds”.

I have previously written about the Browns’ quarterbacks coach, David Lee, discuss Kizer in terms that could at times be disguised as glowing, talking about the rookie’s potential to produce big plays and describing his size as having AFC North pedigree, the type of stature that is needed to succeed in the traditionally rough-and-tumble division.

Lee was routinely cautious about going too far in his comments, and even qualified his remarks by saying that he’s a long way from being ready, but he spoke with a certain passion about seeing the glimpses of his young quarterback when he gets everything right, and what it looks like: a franchise weapon.

Cabot noted that Jackson does have a history of working well with young quarterbacks, and that includes getting then-rookie Joe Flacco ready to start the season opener for the Ravens in 2008 while Baltimore’s quarterbacks coach. He also had Kessler starting by game three—albeit due to necessity—a year ago.

There is a long way to go between now and the start of the regular season, however, and a lot that Kizer needs to prove to earn the starting job. Not that he has the stiffest competition in the league, but he is the least experienced.