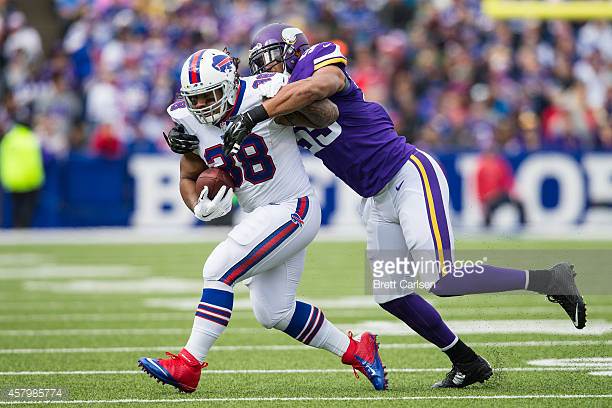 For the third offseason in a row, welcome back to Blast From the Past. The random, oh yeah, remember him? players in recent Pittsburgh Steelers’ history. Some made an impact to the team, others cut early and never heard from again. But they all produce some level of nostalgia.

It has been a looong time since an article included the name Frank Summers. Digging through the Steelers Depot archives, the last time he headlined one was nearly seven years ago, a Dave Bryan breakdown of his blocking.

So it’s appropriate to bring this series back for the offseason with such an obscure name.

There are bowling balls. And then there’s Frank “The Tank” Summers. Weighing in at 5’9, 241 pounds, he was a tree sump in knee pads. After spending two years at a JUCO, where he once carried the ball 48 times in a game, he transferred into UNLV. True to the school’s name of a “Rebel,” Summer didn’t fit the mold of a runner but still found success. In 2007, he averaged 4.6 yards per carry, including a 190 yard performance against Utah. Runs like these put him on the map.

His stats regressed his senior year, down to four yards per carry, but he still found the end zone eight times. He was snubbed from the Combine but put on a clinic at his workout for a man of such girth. A 4.63 40, 34.5 inch vertical, and 30 reps on the bar. The Steelers were there that day and as I recall, couldn’t help but come away impressed.

From this Las Vegas Sun article recapping his day.

“And if there’s one team whose attention Summers caught more than anyone’s as a fullback, it was the reigning Super Bowl champion Pittsburgh Steelers, who had two scouts on-hand alongside running backs coach Kirby Wilson.

The Steelers’ staffers in attendance, after all of the players’ running tests were completed, held Summers behind on the field to have him run a series of cone drills and pass-catching sets.”

The team brought him in for an official visit. Signed, sealed, delivered, he was their guy. Pittsburgh selected Summers in the 5th round. Mike Tomlin, as any coach would be, was optimistic.

“Very rarely does he get dropped in the backfield,” Tomlin said. “Short-yardage, goal-line situations have been an asset of his game.”

It was that run-you-over attitude that made him, on paper, a good fit. But Summers meshed with Steelers’ history than its present and the optimism faded in short order. The team moved him to fullback but no matter where he played, injuries followed.

He dealt with a hamstring pull in camp and a month later, a back injury sent him to the team injured reserve list. Summers was in camp for the next preseason and landed on the practice squad where he would spend the rest of the year. San Diego signed him to a futures deal that winter, ending his Steelers’ career with two regular season appearances.

After getting cut the following camp in 2011, he spent the next two years out of the league. That’s enough to end the career of a 5th rounder with a very light resume. Especially in a league that liked fullbacks as much as people enjoyed Pluto Nash.

But the Buffalo Bills came a callin’ and scooped him up in April of 2013. This time, he would stick as the team’s fullback and see plenty of NFL action. Summers saw 225 snaps that year, one of every five, and punched in his first rushing touchdown, a three yard run against the New York Jets.

He polished off the next year with less usage, less snaps (128), but another touchdown, before the team cut ties with him late in the season. That would be his final NFL stop, a career comparable to another From The Past feature, John Clay.

Interestingly enough, I couldn’t find a single blurb on Summers’ post-football career. Maybe the passage of time hasn’t been long enough for writers to start catching up with players they used to cover. So we’ll have to focus on just his football career, though there’s enough of a resume to look back on.

Frank Summers, your blast from the past.