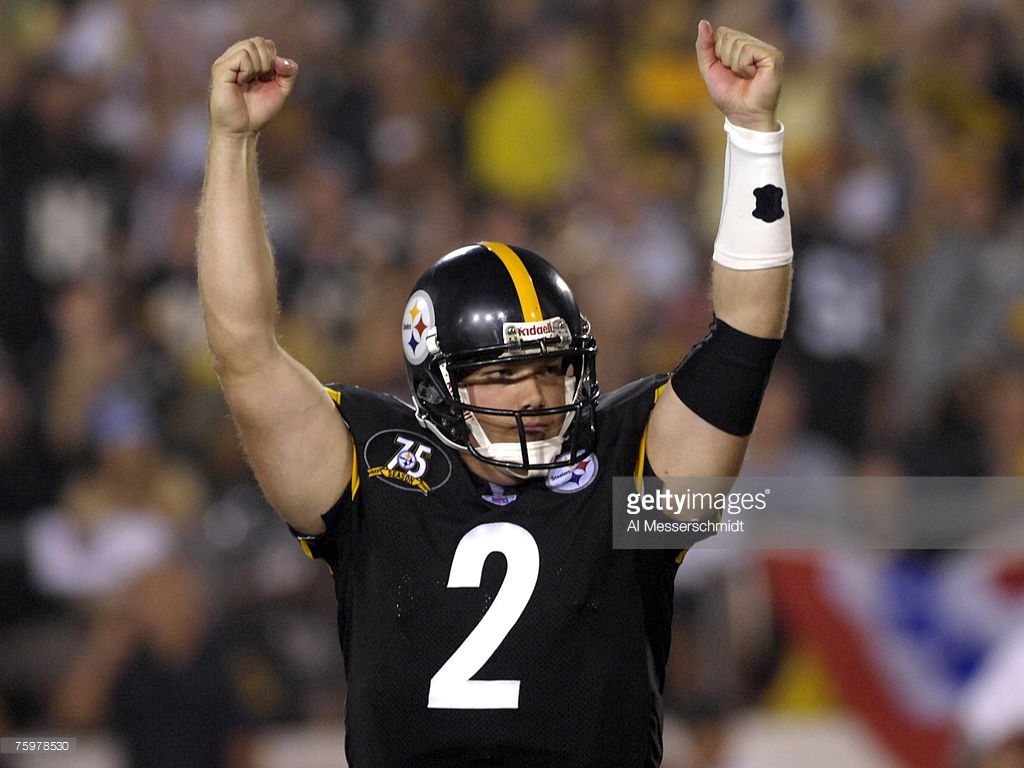 For the third offseason in a row, welcome back to Blast From the Past. The random, oh yeah, remember him? players in recent Pittsburgh Steelers’ history. Some made an impact to the team, others cut early and never heard from again. But they all produce some level of fuzzy nostalgia.

Brian St. Pierre has, for reasons unknown to me, always rattled in my head. Perhaps that can be attributed to being part of the Madden generation, who poured over rosters for hours and hours in lieu of math homework. I still remember my unsung heroes (Trung Canidate), my favorite play (Flanker Screen), and the best parts of Franchise Mode (listening to the Tony Bruno Show).

So St. Pierre is full of nostalgia for me. Which is handy because he’s short on football memories. He started two years at Boston College, leading the Golden Eagles to 9-4 and 8-4 records. Though his senior season could be considered a down year, interceptions nearly equaling touchdowns, he was brilliant in his final collegiate game, throwing for 342 yards and three scores in a 51-25 thrashing of Toledo.

Or this legitimately fantastic throw late in the game against Miami.

That was enough for the Steelers to take him in the 5th round of the 2003 draft. From this old Ed Bouchette article, Mike Mularkey admired his gunslinger attitude.

“He’s an intelligent quarterback who played in a pro-style offense,” Mularkey said. “He’s very, very confident, sometimes so confident he’ll force some things. I like his demeanor.”

But Brett Favre, he was not. In the article, Bouchette added the team would have plenty of time to groom St. Pierre and groom they did. He sat on the bench his entire rookie season. That was almost the same case for 2004. Almost.

In the final game of the regular season vs the Buffalo Bills, the Steelers chose to rest their starters. It was the easy decision. They were 14-1, #1 seeds, and pounced on the chance to rest up. It was that game that helped uncover future stars. Willie Parker burst onto the scene for 102 yards. James Harrison recovered a fumble and dashed into the end zone (we’re going to break that play down sometime). And St. Pierre got his one shining moment as a Steeler. Taking over for Tommy Maddox late in the second half, he’s actually credited with perhaps an NFL first. A “comeback” despite not completing a pas.

St. Pierre entered the game with the Steelers trailing 17-16 shortly after a Nate Clements pick six; I *believe* Maddox was injured after a Pat Williams sack the following series. So it was up to BSP. He did his part, diligently handing the ball off to Parker. It was a lucky exchange, evidently, because Parker busted down the left sideline for 58 yards.

His lone pass attempt came two plays later. It fell incomplete to Verron Haynes, prompting Jeff Reed to boot a 37 yard field goal to retake the lead, one the Steelers would not hand back.

On the next drive, the Steelers would run 14 plays. They were all runs. But St. Pierre had the play of the day. On 4th and 1 from the Buffalo 37, Bill Cowher called for a naked bootleg by his quarterback. The Bills were fooled and Pierre, with a good block from Lee Mays, stumbled over the marker. We wouldn’t be proper bloggers if we didn’t have the play so here you go.

After Buffalo failed an onside kick, St. Pierre kneeled out the clock and the Steelers moved to 15-1, at the time, only the 4th team to ever do it. The Steelers’ story doesn’t have a happy postseason ending, let’s, uh, not talk about that blast from the past, but this was the pinnacle of St. Pierre’s career in Pittsburgh.

Fail to take a snap for five years is usually enough to push you out of the league. Not St. Pierre. But there were a lot of U-Hauls’s in his life for the rest of his professional career. Baltimore, then back to Pittsburgh, yo-yo’d on and off the roster. His original stint in Pittsburgh ended on a sour note. Speaking with our good friend Ron Lippock three years ago, St. Pierre said the team told him he was going to make the roster in 2005. He obviously didn’t and later in the year, Kevin Colbert tried to get St. Pierre off the Ravens’ practice squad. He declined, still angry about the whole situation and going off the Ravens’ promise he would get called up if there was an injury.

St. Pierre did return the next two years and spoke highly of the organization in the interview. An interview worth checking out.

Ken Whisenhunt gave him a cushy landing in Arizona where in 2009, when he was 29, he got back on the field. He would throw his first touchdown…and interception, and fumble, all in a span of four attempts.

He fumbled on a two yard run, recovering it, but promptly threw to cornerback Tramon Williams the next play. On the following drive, he would put up Arizona’s only points of the game, hitting Larry Fitzgerald for a three yard touchdown.

Carolina grabbed him in 2010 where he would enjoy another first. His first start. With Jimmy Clausen knocked out due to a concussion, St. Pierre came out of the bullpen to start for. But it wasn’t pretty. He completed fewer than half his passes and was pick-six’d twice. You can check out Ed Reed getting him here.

After doing some radio work for Boston College football, St. Pierre moved into coaching. He is now the head coach at St. John’s Prep High School in Massachusetts. Success was immediate and he’s won at least seven games in each of the three years he’s led the team. Here he is discussing his first win back in 2014.

I admit I’ve written way more than I thought I would on him. But that’s why the topic is fun. For a guy who threw all of one career pass in Pittsburgh, and only 33 in his entire career, there’s a – to me, at least – interesting story which continues today.

Brian St. Pierre, your blast from the past.