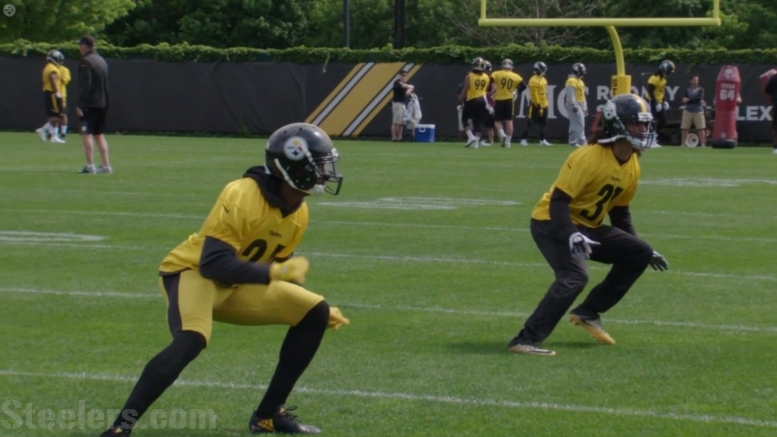 The Pittsburgh Steelers are expecting their second-year starting cornerback, former first-round draft pick Artie Burns, to step it up this season and become the player that they hoped he could be when they selected him. The idea is for him to develop into a lockdown cornerback. And he is already talking as though he expects that to happen.

Now, that’s not cockiness, it’s just confidence. And, really, that is what you want out of your cornerback, especially the one you intend to be your top guy. Just look at Ike Taylor. He created his own alma mater, Swaggin’ University, just so he could graduate from it. Perhaps Burns has been taking lessons from that prestigious institution.

The young man has already become a popular interview, and he spoke to reporters once again after yesterday’s OTA session, saying that he is playing with more confidence compared to last season. “Most definitely, especially with the reps I got last season”, he said.. “That helped me a lot”.

Especially coming into the NFL as an underclassman—he was 20 on the day he was drafted—and as a player who wasn’t even a full-time starter, the jump from the first offseason to the second is significant, he said, “just being prepared for this year, and knowing what to look forward to”.

But he doesn’t just want to make himself better. He said that he and his fellow starting cornerback, Ross Cockrell, are constantly on each other, driving one another to improve, because “me and Ross just want to be one of the best” cornerback tandems in the league.

Burns talked about his relationship with Cockrell, saying that “we see eye to eye on certain things” and mentioning their off-the-field relationship. “We just want to make each other be better for ourselves, for our family, for the team”.

“We push each other every day, in the locker room, at home, on the field, whatever we do we just try to push ourselves”, he told reporters. “We want to be the guys that can lock down on either side of the field”.

It was at this point that he talked about not only his belief, but his desire, that the team would play more man coverage going forward, also noting that while little of it has already taken place, he expects that to be implemented more starting in training camp.

As for the expectations for himself, Burns simply said that “the sky’s the limit”, emphasizing that he is going to “just keep on working”. He mentioned earlier in the interview after being asked what he saw that was different in him from last season that it was the work that he put in. He understands the value of work, and thus all the more appreciates the fruits of his labors.