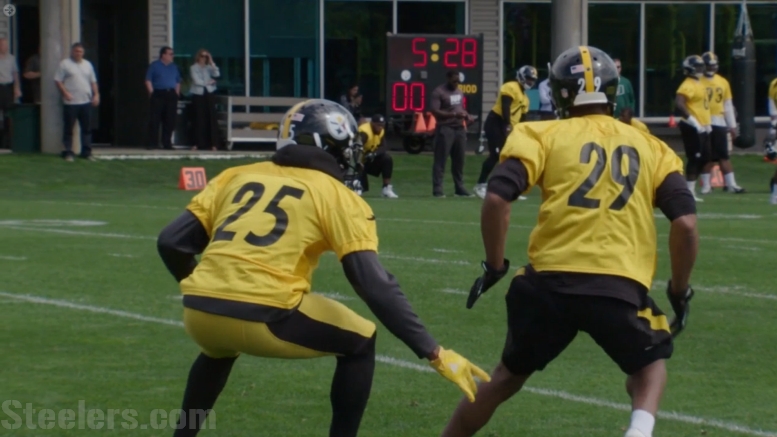 It wasn’t so long ago at all that Pittsburgh Steelers cornerback Artie Burns himself was a rookie whose head was swimming with all of the knowledge that was being crammed into his brain during the spring of his first offseason as a professional football player. Even though he was a first-round draft pick, he was not regarded as a finished product by any means.

Even though he ultimately exceeded the expectations that many had for him during his rookie season by contributing immediately—though sparsely—as a dime defender, and soon after as the primary nickel back, becoming a starter midway through the season, the truth is that it did take time for him to learn what he was doing well enough to be trusted with a larger role.

A junior out of Miami who was not even playing full-time snaps with the Hurricanes, many thought that Burns would spend the vast majority of his rookie season on the bench, learning, in the hopes that he would be able to compete for an earn a starting role in his second season.

But he is already there, and he is already looking out for the younger guys who have followed him—even though they are not literally younger. Both of the Steelers’ rookie cornerbacks, Cameron Sutton and Brian Allen, are older than is Burns currently, but neither know as much about playing in the NFL, given that the latter has actually done it.

And Burns is looking to return the favor that he was given last season from the older players at his position, the likes of William Gay and Ross Cockrell, who helped him ease into a starting role by playing mentor to the best of his abilities to the rookie cornerbacks who are hoping to make a similar mark during their rookie season as the former first-round draft pick accomplished just a year ago.

“I just give him what I can, whatever advice I can give him and help him with”, Burns told reporters yesterday during the first of three days of practice at mandatory minicamp. “That’s what I wanted from somebody older than me, to come and help me. That’s what I want to do for him”.

Thought it is by no means an uncommon practice, the Steelers in particular have a long history of having veteran players serve as mentors to the young, up-and-coming players, with the best modern example perhaps coming at the defensive line position, from the previous generation to the current starters and to the young depth now behind them, passing on their knowledge.

Burns is doing what he can to make the transitions of Sutton and Allen as seamless as possible from college to the pros. Given that he made the transition so recently, he may well understand better than anybody the specific sorts of resources that might most benefit them as they seek to become professionals at a children’s game.