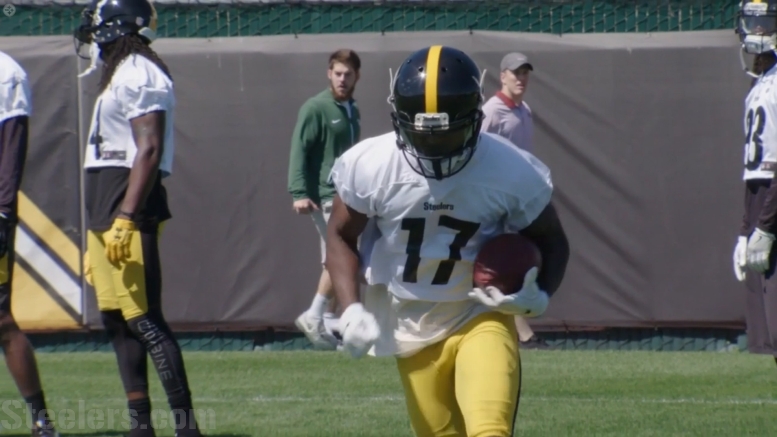 I apologize in advance to the esteemed members of the Eli Rogers Fan Club—I may not be a card-carrying member, but I am a fan. However, I think it goes without saying that the events as they have unfolded this offseason by necessity lower the young wide receiver’s value relative to the rest of the wide receivers.

That is not to say in any way that his talents are diminished, or even that he is not better than he was last year and could reasonably be expected to play better on a snap-to-snap basis, but the truth is that he may have fewer opportunities in a more crowded group.

The return of Martavis Bryant automatically injects into the mix a top wide receiver that is going to play the vast bulk of snaps on which there is more than one wide receiver on the field, but the drafting of JuJu Smith-Schuster, and the noted workload that he has gotten in the slot, is not to be ignored.

Earlier this offseason, I worked on a study looking at the Steelers’ wide receivers’ production out of the slot last season, and while Rogers was the most voluminous, and the most productive, as well as among the most efficient, I concluded that there are alternatives.

One option is to use Antonio Brown more often in the slot if there are two big-bodied wide receivers on the outside. But with this group of wide receivers, there are a number of different pairs that one could come up with that demonstrate the point that workload distribution behind Brown, and perhaps Bryant, will be subject to need based on circumstance.

As I said earlier, however, the relative drop in his value has nothing to do with what he has done as a player. He had a strong and productive first season in the league, and he has told reporters this offseason that he feels more comfortable and faster this offseason, now that he is another year removed from a foot injury that landed him on injured reserve during his rookie year.

To put it simply, if Rogers is going to be asked to play a less significant role in the offense this year, then that only speaks to just how deep the Steelers have gotten at the wide receiver position since the start of last season.