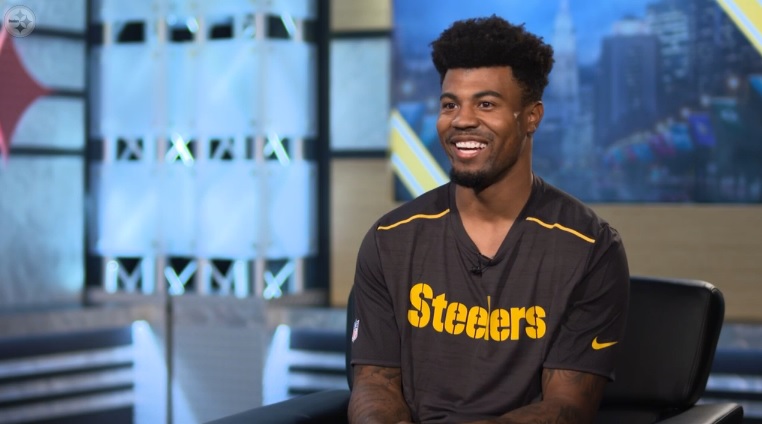 The life of a rookie isn’t easy. The weight of expectations, playing in a new city, truly being on your own, and trying to digest an NFL playbook. For that last one at least, Cam Sutton shouldn’t have too much trouble.

A self-described football junkie, Sutton told Steelers.com’s Missi Matthews his dedication to film study separates him from most other corners.

“I really love the game,” he said to Matthews. “Understand the game. Understand concepts, formations, I’m a student of the game. I feel like [the Steelers] understood that once they sat down and saw that throughout meetings.”

Courtesy of David Todd, though Keith Butler re-told the story late last week, the Volunteers’ defensive coordinator recounted how Sutton was able to not only describe his assignment for every play but the assignment of all of his teammates at well. Even when Kevin Colbert personally chose the tape, Sutton passed the test with flying colors.

“Big pat of my game is the film. Breaking down the film, breaking down my opponents. That’s where it all starts at. That makes the game the easy part. All your work is done throughout your preparation. Once I get through that, it’ll make things on the field slow down for me.”

Playing in the slot is an incredibly tough task for any rookie, as Sean Davis’ struggles there illustrate. But Sutton started every game of his college career – 45 in total – and with how bright he comes off, has a puncher’s chance to make an impact there.

Even if Sutton isn’t able to wrestle the slot job away, he shows the team-first attitude and said he’d do anything asked of him in order to contribute. That could come on special teams and Sutton repeated that the team talked to him repeatedly about what he brings as a punt and kick returner. Doing so would be going against quite a bit of history and precedent but it’s something to watch for come training camp.