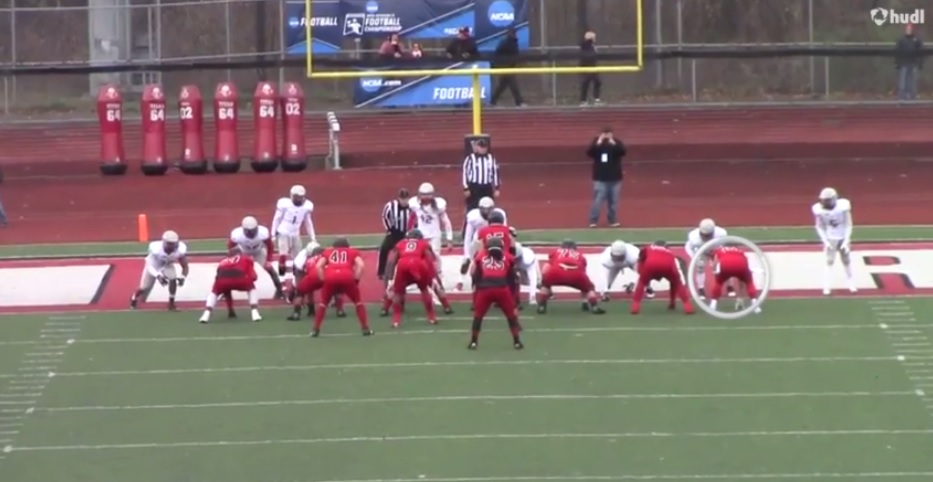 Today is Day Two of the Pittsburgh Steelers’ rookie minicamp. We’ve covered most of the players who are in attendance. The drafted rookies, the future deals, the UDFAs, and for some reason, Roy Philon, who is in his third rookie minicamp.

But I wanted to fill in the gaps. We wrote about some of the 21 tryout players already but there were several unreported names on the team’s official list.

I know they seem like camp bodies but remember, four of them were signed last year. And it wasn’t too long ago Terence Garvin was an unknown tryout name. If you’re like me, you want to know something about every one of these guys in case they get signed or resurface in camp (as RB Jawon Chisholm did in 2015, one of many examples).

We’ll briefly go over every tryout player and tell you something you need to know about each guy. From everyone I’ve talked to, Mike Tomlin and the organization treats every player with dignity, respect, and an opportunity, and we’ll do the same.

What You Need To Know: Newson caught 57 passes for over 850 yards and five touchdowns last season for the Choctaws. A transfer from Northwest Mississippi CC, he was a prolific return man, averaging 27 yards per kick his senior year with a kick and punt touchdown. Only 5’10 but can dunk. One of two players from Mississippi College earning a tryout.

What You Need To Know: Listed as a corner on pre-draft sites, the Steelers announced Terry as a safety. Ran 4.63 at his Pro Day. 13 career interceptions for the Vulcans and had six tackles for a loss last season. Successful punt returner, too.

What You Need To Know: Ran 4.62 at his Pro Day, jumping 35 inches in the vertical and 10’4″ in the broad. 26 catches as a senior, the lowest total he had in the past three seasons. But that senior season included six catches for 113 yards against Iowa. Averaged 19.5 YPC as redshirt sophomore.

What You Need To Know: Only ran a 4.67 at Pitt’s Pro Day. 33.5 vert, 10’5″ broad. Corner/safety versatility, beginning career as corner before moving to the deep end. Originally committed to Wisconsin. Local kid, played QB and DB at Shady Side. According to bio, related via marriage to Darrelle Revis. Not sure if that counts as a good thing anymore.

What You Need To Know: Four year starter after redshirting for a year. Only once did his completion percentage rise above 58%. Threw 23 touchdowns his senior season. Local kid, from McKees Rocks and a Steelers’ fan.

What You Need To Know: Didn’t test well at Pro Day. 4.6 40, 30 inch vert, 9’11” broad. Caught 66 balls for the Rockets a year ago. Five touchdowns in the last three seasons. Returned kicks and punts last year, one PR. KR average was poor. Four star recruit from HS. Also from Pittsburgh.

What You Need To Know: About as tall as the comedian. Constantly hurt but produced in limited action during 2015, catching 22 passes and three scores. Ran fast at Pitt’s Pro Day. Same school/position as Tomlin, Hart’s father is VP of the Steelers. Also, you guessed it, from Pittsburgh.

What You Need To Know: Pitt’s all-time leader in points and field goals. Had strong freshmen year but struggled as career went on. Just 10/17 last year. Does have a leg, 56 yards is career long (not at Heinz Field). Four field goals of 50+ in career.

What You Need To Know: Two year punter for Iowa after originally walking onto Florida State. Graduated in 2015. Averaged 40.2 yards per punt senior season. Dad, John, punted in NFL for 17 seasons from 1984-1998. Led league in average for ’96 season. Dillon isn’t from Pittsburgh but his father went to Findlay Ohio, the same school as Ben Roethlisberger.

What You Need To Know: Ran 4.79 at Pro Day. Put up 19 reps on the bar but an ugly 7.62 in the three cone. Originally attended Illinois, two year starter before transferring to the Tigers.  109 tackles in 2015 for Illinois, chipping in 14 TFL. Did not see much playing time in 2016. Got angry and took to Twitter to vent about it. Rest of the season probably didn’t make him feel better. Zero starts, 29 total tackles.

What You Need To Know: Looks good getting off the bus. Didn’t run well. 4.9 40, 30.5 inch vert, 9’10” broad. More respectable 7.14 three cone. One year starter. Four sacks, 3 FFs in 2016. QB in high school and started four games in 2012 for Redhawks.  Suffered severe hand/wrist injury in summer of 2013, slicing hand on glass and undergoing a six hour surgery. Nearly had hand amputated.

What You Need To Know: Listed as a RB but played WR in college. Impressive Pro Day. Didn’t run great (4.69) but topped it off with a 38.5 inch vert and 10’4″ broad. Originally committed to Arizona as a safety, made 12 tackles as a true freshman. 18.8 yards per catch his senior season, 51 total grabs. Dad played for the Steelers and Colts in the 80s.

What You Need To Know: Great size. Seldom used receiver but has ability to catch passes away from his frame. 4.91 at Pro Day but leaped an elite 39.5 inches and a listed 7.06 three cone. 15 catches, 3 scores for the Vulcans in 2016.

What You Need To Know: Great frame. 4.79 40, 7.27 three cone. Down senior season after posting 37 receptions for nearly 500 yards and seven scores in 2015. School record for TDs by a tight end. Had three catches for 66 yards and a score vs Navy. Compares self to Julius Thomas. Tore labrum in left shoulder as a freshmen in college. Got contacts as he started training for the NFL because NFL footballs don’t have a white stripe to track it like the college game. May have best chance for a tryout contract.

What You Need To Know: 31 inch vert at Pro Day. 23 reps on the bar. Played left guard first three seasons for the Penguins. Listed as a tackle, couldn’t find much information on him playing there. Did start one game at RT in 2015 before kicking back to left guard. Latrobe native. Wrestler in high school.

What You Need To Know: Three year starter at tackle. 13 on the right, 21 on the left. First career start was at left guard in 2012. 5.66 40, 25.5 vert, 8’3″ broad at Pro Day. Dealt with minor injuries in his career, including a back injury as a senior. Head coach of UTEP is Sean Kugler, former OL coach for the Steelers.

What You Need To Know: 39 career starts. Was 17 years old when he played as a freshman, bio says he was youngest player in college football. Penned article for CNBC in February about playing at an academic-first school. Not a ton of info out there on him, to be honest.

What You Need To Know: 24.5 vert, 8’1″ broad at Pro Day. 42 career starts. Time at left and right guard, last two years came on the left side. Dad played football for Southern. Chris participated in College Gridiron Game in 2017.