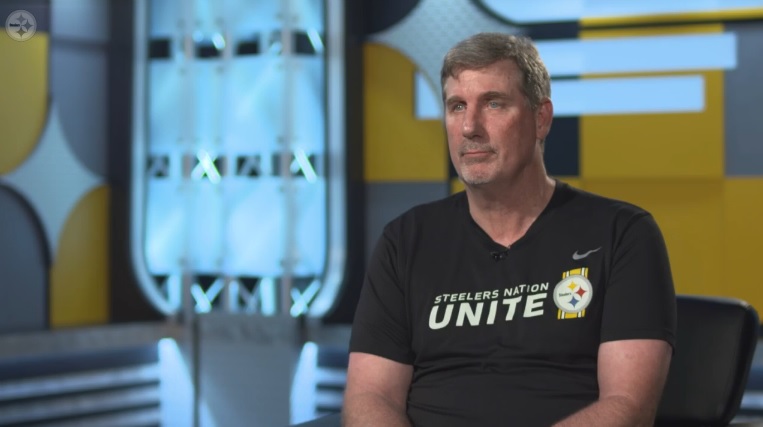 For as close-to-the-vest as the Pittsburgh Steelers’ normally are, they’re generally transparent about the areas of the team they have to address. Before the draft, the team made it clear they wanted to develop a better pass rush and they walked away with a pair of outside linebackers.

Sitting down with Missi Matthews over at Steelers.com, defensive coordinator Keith Butler repeated that creed to get after the quarterback.

“We got to improve our pass rush,” he told Matthews. “There’s two elements of pass defense. One is covering, the other is putting pressure on the quarterback. We hope we’ve improved both of those aspects with this draft.”

The team took T.J. Watt in the first round and then double-dipped at the end, selecting Keion Adams in the seventh. As many in the organization have noted, his football bloodlines made him an even more attractive prospect.

“I don’t think any rookie knows what it takes to be in great shape until they’ve been a year in the National Football League. He’s got a jump because his brother can tell him, he can listen to his brother, he will listen to his brother, what it’s going to take. They’re training like he should be training right now. Most rookies will come in and think they’re in shape. They’re in shape for college but not for the NFL. There’s a big difference.”

Butler framed Adams as someone who will compete on special teams as he figures out his pass rushing repertoire.

“We want him to come in and help us on special teams. And see if he can develop as a pass rusher, develop as a football player. That’s the biggest thing we need from him right now.”

He also commented how he likes Adams’ length and potential upside. He’ll fight Arthur Moats for the 5th and final outside linebacker spot. As Butler pointed out, it may come down to who is the better special teamer.

Despite the Steelers finishing ninth in the league with 38 sack, the pass rush got off to an abysmal start before picking up steam and frankly, picking on a woeful Cleveland Browns’ offensive line. Their four man rush is something Mike Tomlin has stressed for several years and an area the team hasn’t fully achieved. Hopefully the addition of Watt changes things in the short-term and Adams helps in the long run.