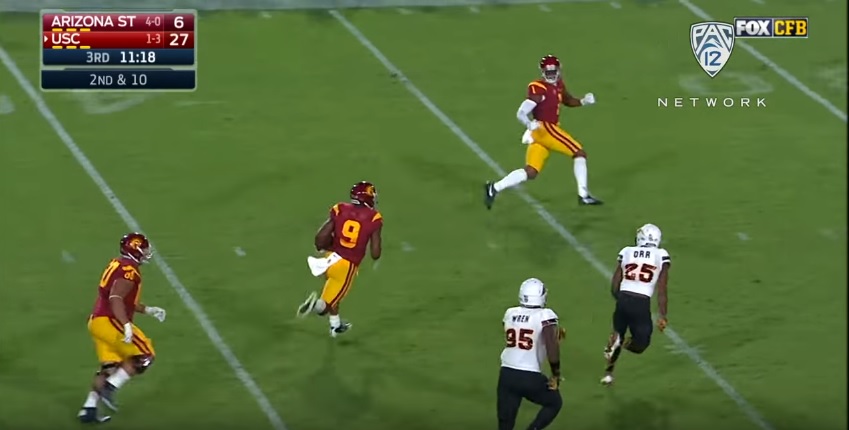 It’s not going to help him on the field any extra but JuJu Smith-Schuster might become a fan favorite of this rookie class. Despite only one trip to Pittsburgh, he’s all-in on celebrating the city of Pittsburgh.

All good @Penguins we got em Wednesday ????

And that prediction came true with the Pens knocking off the Capitals 3-2.

And he’s pretty pumped to get to play at Heinz Field, too.

It isn’t just through his Twitter account that he’s shown his Pittsburgh colors. Hearing him speak and the things he takes pride in shares all the values of the team and city. He’s putting his hand in the pile, willing to do anything the team asks him to do.

“I will do anything possible to bring the Steelers back to the Super Bowl, whether that’s special teams, being a backup or a role player, anything that it takes,” he said via the team website.

That’s a mentality he shared in college. One of the best blocking receivers in his class who wasn’t afraid to make some Hines Ward-like hits or baiting cornerbacks only to toss them into the sideline.

At the very least, he’ll make an impact on special teams and as we’ve written about, should challenge for the starting slot receiver. He’ll have a unique skillset there beyond the typical short-but-shifty ones like Eli Rogers.

There’s no doubt every player drafted is excited to be a Steeler. But I don’t think anyone has come close to the intensity and fandom Smith-Schuster has shown. And he hasn’t even taken a snap yet.