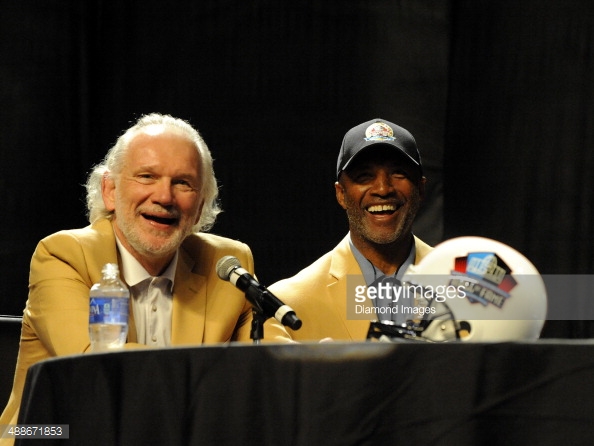 You may recall that back in November I wrote an article in which Pittsburgh Steelers guard Ramon Foster, who is also the team’s player representative for the players’ union, spoke to USA Today in an effort to advocate for a greater exploration of the use of marijuana as an alternative to other painkilling options.

He is no longer the only Steeler to come out publicly in favor of this practice, though you’ll have to go back a couple of decades. According to The Tribune-Democrat, former Steeler and four-time Super Bowl champion Jack Ham has recently agreed to become a spokesman for a Pennsylvania company looking to grow and dispense marijuana for therapeutic need.

As the article notes, Pennsylvania adopted a medical marijuana program a little over a year ago, though it has restrictions as to who can qualify based on the nature of their condition, and individuals are not permitted to smoke the marijuana.

The company, AGRIMED Industries, hired Ham as a spokesman as well as a consultant. And their spokesman makes clear that this is about health, and not drug use. “I’m not talking about people getting high, doing recreational drugs,” he said.

“This is about medicine and giving patients an alternative option to manage their pain and other medical complications that arise from cancer treatment, and other problems”, which, as he notes, was not an option that he had during his playing career.

“I didn’t have any alternatives to consider during that period of time”, he reflected. “The medication was almost as bad as the initial surgery on my foot. It didn’t bring me the relief I really wanted. I can see myself down the road here–yes, without question–taking medical marijuana for any kind of pain situation I have as I go further in life”.

While marijuana is still deemed a Schedule 1 drug on the federal level, the majority of states and US territories have legalized the drug on the state level in some form or fashion, with Pennsylvania, of course, being one of them. Only a handful have done so for recreational purposes.

There has been a dramatic shift in attitude toward the drug on the public level, but the shift within government and in other areas of authority has been more gradual. It is unlikely that the league, for example, will do anything dramatic unless the federal government does, and new Attorney General Jeff Sessions has already reversed course from his successor in seeking to “charge and pursue the most serious, readily provable offenses” committed.

We are entering an interesting phase of the public discourse on the use of marijuana, during which public opinion is increasingly more supportive, while the federal government is hinting as reasserting a more hardline approach. What role might public advocates such as professional athletes play in shaping that discussion?