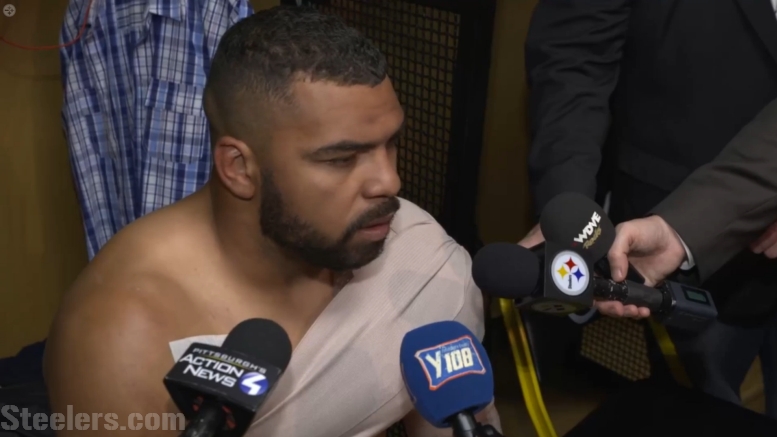 Topic: Should the Steelers enter the 2017 season with greater caution using Cameron Heyward due to his injuries?

The 2016 season was unlike any other for former 2011 first-round draft pick Cameron Heyward, the defensive end who played in every game during his first five seasons. The close is in the previous sentence, but it was the first time in his career that he actually had to miss time during a season due to injury.

In fact, he had a number of injuries, including an ankle injury in the preseason, a hamstring injury early in the year, and then ultimately suffered a torn pectoral muscle that landed him on injured reserve and caused him to miss the final 10 games the Steelers played in, including the postseason.

The son of Iron Head was an iron man during his first five seasons. I’m not suggesting that he is wearing down already at the age of 28 as he moves into his seventh season, but after the litany of injuries that he suffered, perhaps it would be wise to scale back his snaps, not for in-game endurance issues, but for his long-term health.

A repetition of injuries, which happened in a cascade effect last season, could be evidence that a body is being overworked. Given that, and the time off that he had, perhaps he won’t be on board for an entire season’s worth of 85-90 percent of the snaps every game, 19 to 20 times a year.

On the flip side, while the Steelers might want to see their starters take more time off for the in-game benefits alluded to earlier, the reality is that until indicated otherwise, last season was an anomaly for Heyward, and he certainly takes care of his body. He has been getting plenty of time the rest and to heal since November, as well, so perhaps he will actually be fresher after an involuntarily lighter workload.