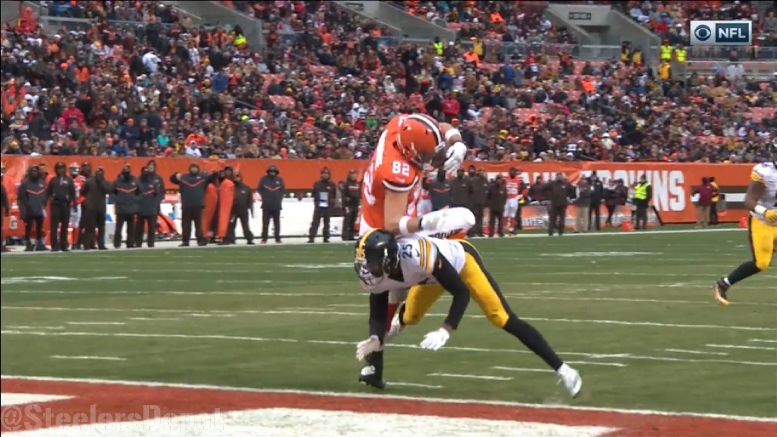 Question: Which current free-agent players, if any, would you like to see the Steelers bring in to improve their depth at a position?

The draft may be over, but the Steelers had only so many picks to use, and they were not able to address every single area on the roster. It certainly seems as though they are aware of that fact, as they have already added on player, signing an offensive tackle, and bringing in another for a look, a safety.

We recently wrote about the Ravens and how their general manager made it emphatically clear that they were not done acquiring players between now and the start of the regular season. Baltimore has had some notable late additions over the past few years, and many no doubt would like to see the Steelers be able to have similar success.

There are several positions that seem to be frequently harped upon when it comes to lacking depth, such as inside linebacker and safety. Tight end has been talked about as well, though with the evident positive developments on the Ladarius Green front probably make that less compelling an investment.

You can take a look, for example, at Pro Football Focus’ 2017 Free Agency Tracker, which includes a list of every player who was a free agent at some point this spring, including, obviously, all the players who were released or remain unsigned. Use that as a reference if you wish to answer this question. I should note that it’s not 100 percent accurate. Tyson Alualu is listed as a free agent, for example.

I would point out that Will Johnson is on the market again, but there really isn’t room for him on this roster, and he was already being phased out in his last season with the team. He spent last year on injured reserve after signing with the Giants.

Of course, Gary Barnidge has been mentioned a few times since the Browns released him. Larry Donnell is another tight end who has had some success in the past, though injuries have been an issue. Defensive lineman Jason Jones is still a free agent after he requested his release in January. Just throwing some names out there.