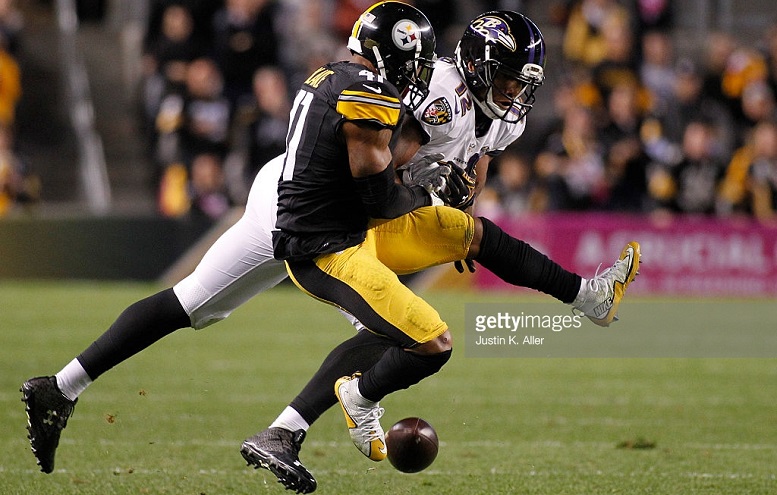 To say that the Baltimore Ravens have had a tough offseason might be an understatement at this point as not only have they suffered a few critical injuries, their tight end depth chart which was once seemingly flush with talent, now looks very shaky thanks to another hit to it on Friday.

According to multiple media reports, Ravens tight end Darren Waller was suspended for at least one year without pay for violating the league’s policy on substances of abuse on Friday.

Waller, a 6-foot-7 wide receiver-turned-tight end, was originally selected in the sixth round of the 2015 NFL Draft out of Georgia Tech. Through two seasons, he has started in four of 18 games played and has caught 12 passes for 103 yards and two touchdowns. While Waller wasn’t expected to start for the Ravens in 2017, he was expected to compete for depth spot during training camp.

A few weeks ago, the Ravens were forced to part ways with veteran tight end Dennis Pitta after he suffered another serious hip injury during the team’s OTA practices. The loss now of both Pitta and Waller leaves the Ravens with Crockett Gillmore, Benjamin Watson, Maxx Williams, Nick Boyle and Ryan Malleck as available tight ends. Watson, however, is now 36 and missed most of the 2016 season with an Achilles injury. Gillmore and Williams, on the other hand, are both also coming off injuries as well that forced both players to miss extended time last season.

As for Boyle, who was selected by the Ravens in the fifth-round of the 2015 NFL Draft, he was suspended for the first ten games of the 2016 season for his second violation of the performance-enhancing drug policy. He has caught just 24 passes for 197 yards in the 17 games he’s dressed for since being drafted. Malleck, a former undrafted free agent, has yet to play in an NFL game.

With both Waller and Pitta now lost, it will be interesting to see if the Ravens attempt to sign free agent tight end Gary Barnidge, who was released by the Cleveland Browns earlier in the offseason. It’s also probably worth noting that the Ravens passed on former Alabama tight end O. J. Howard in the first round of the 2017 NFL Draft in order to select former Alabama cornerback Marlon Humphrey.