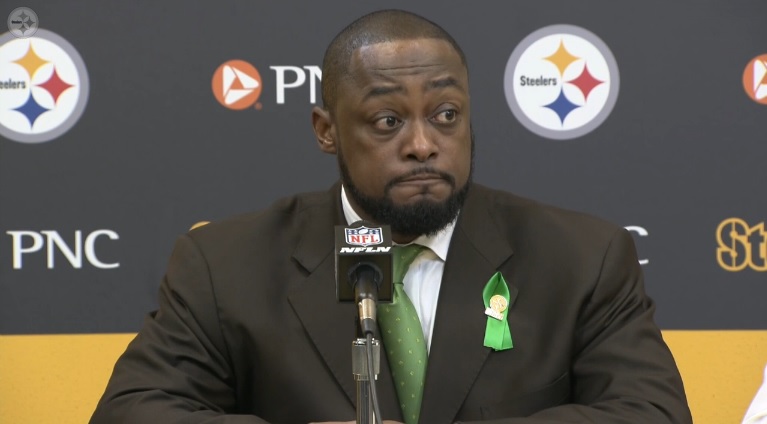 The narrative is pretty straight-forward. TJ Watt has tons of upside but is health-hazard raw. But Mike Tomlin and Kevin Colbert worked to dispel the notion that he’s raw but only inexperienced. And the progress he’s made in such a short time made the pick all the more attractive.

Watt found immediate success in the Big Ten, finishing 2016 with 63 tackles, 15.5 for a loss and 11 sacks. He fits the Steelers’ mold perfectly. An underclassman, a junior, teeming with potential and matching athleticism.

“For a one year linebacker, his ability to use his hands is advanced. He beats people with his upper body as well as much as he does with his lower body. Usually you don’t see that type of hand usage and know-how with a one year player. That part was very attractive. He’s a longer guy. You put the hands and the feet and the length together plus he’s pretty tenacious, it worked for him. And we think it’ll work again.”

As a small aside, one – the only – weird moment of the Tomlin/Colbert sitdown. Colbert said Watt was a one year linebacker and while he was a one year starter, he made the switch two years ago, finishing with eight tackles in 2015. Here’s an example of him recording a hurry (#42, left side of the screen) against Nebraska that year, just as proof since I’m going against Colbert’s word.

Either way, Watt, as we’ve said, is way ahead of where you would expect him to be. Credit it to his football family, his athletic genes, or a personal drive to get better. It’s arguably a combination of all three. And it should have Steelers’ fans extremely excited.