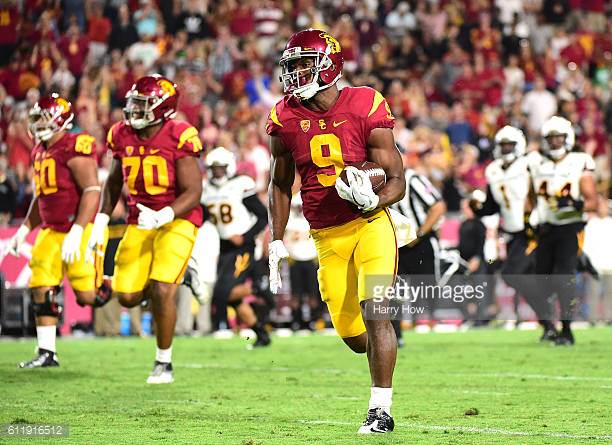 Look back to the early stages of the 2016 regular season for the Pittsburgh Steelers and consider who they had at the wide receiver position. There was, of course, the All-Pro, Antonio Brown. But functioning as their second wide receiver early on was Sammie Coates, and in the slot was Eli Rogers, neither of whom did anything really the year before. Markus Wheaton was virtually a non-factor.

Since that time, the Steelers have now added to the wide receiver pool the conditionally-reinstated Martavis Bryant, who has obvious Pro-Bowl potential, and as of last night, the 6’2” JuJu Smith-Schuster, who is an interesting player relative to the function he could serve in Pittsburgh, which Alex Kozora will be having more on later.

So now the Steelers are bringing into the 2017 season a wide receiver group that highly probably is going to consist at least of Antonio Brown, Martavis Bryant, JuJu Smith-Schuster, and Rogers, which is being very conservative in weighing the 75-percent-likely guys.

Beyond those four, there is Coates, who showed quite a bit in his first five games last season before suffering a hand injury. Where he fits in this year will obviously be a storyline to watch. Also added in free agency is the tall and fast Justin Hunter, who is an interesting piece in his own right.

That isn’t even including Darrius Heyward-Bey, Cobi Hamilton, and Demarcus Ayers, who during parts of last season were three of their top four or five at the position, though that came to be due to injuries and other issues.

What this does, as offensive coordinator Todd Haley said after the Steelers made the selection, is that it makes the wide receiver highly competitive. We are talking about a group of wide receivers that includes nine players who can be regarded as NFL-caliber, and likely at least three of them are not going to make the roster.

“We do have a number of players at the receiver position that we’re excited about, and this is now another young guy that we added to the group that will just elevate that competition even more”, he said of the addition of Smith-Schuster.

“When you have great competition I think you tend to see the cream rise to the top, so to speak”, he said. I think when you have a group of eight wide receivers who have or can be on an NFL roster, it goes without saying that a high-round prospect dropped into the middle of that mix will certainly up the competitive edge.

And we already saw that on Twitter from Bryant and Coates, which coaxed Mike Tomlin out of his Twitter slumber to tell them to play nice. But I’ll have more of my own take on that particular incident a bit later. For now, suffice it to say that the Steelers are assuring that they will get the most out of the wide receiver position at a critical juncture—pardon the Tomlinism—while adding security for the long term.