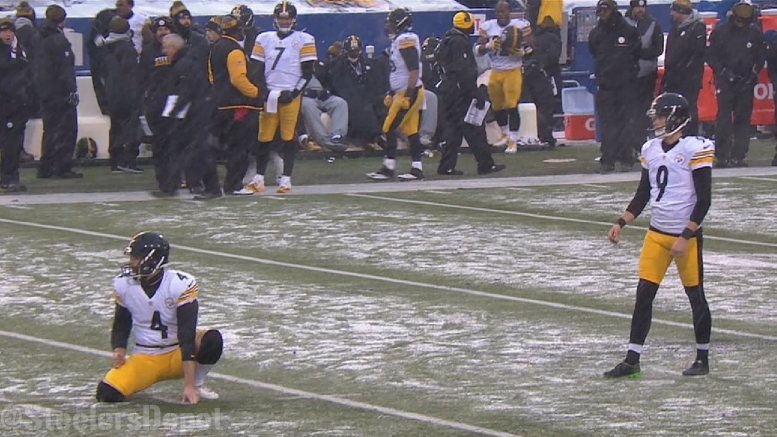 Chris Boswell: The most important stat to know about Boswell is that he has played in five postseason games and hasn’t missed any field goals in 15 attempts. His kickoffs have improved—other than that one…you know the one—and he has a good sense of humor to boot.

Jordan Berry: Berry may have technically ranked toward the middle of the pack in most punting categories, but, for starters, that is an improvement for the team. Beyond that, the punt he had blocked skews those numbers. He made some tangible improvements in his second year, but he needs to continue to get better, especially, in my opinion, in terms of getting some distance on his punts when the Steelers are pinned deep, as too many of them only end up netting 40-45 yards.

Greg Warren: Father Time doesn’t really care about the long snapper position, no offense to Warren. He is very good at what he does. He even recovered a fumble for the first time in his career last season.

AJ Hughes: Hughes worked out for the Steelers late last season and he was signed to a futures deal when the season was over. An undrafted rookie a year ago, he did not make a roster. He once salvaged a James Harrison-like snap into the end zone, rushing back from the 20-yard line, quickly scooping it, running to his left, regathering, and booting it beyond midfield.

Kameron Canaday: An undrafted rookie last year, the long snapper Canaday actually won the starting job for the Cardinals, but was released a few weeks into the season after botching a snap. Bruce Arians, a former Steelers coach, said of his botched snap to former Steelers kicker Drew Butler that “it has nothing to do with anything but what’s between his ears”. Not a ringing endorsement.

Notes and Draft Outlook: Of course, it is not very frequent that a team uses many draft picks on kickers, punters, and long snappers, but it does happen. Even the Steelers used a fourth-round pick on a punter nearly a decade ago now. But I certainly wouldn’t expect that again. In fact, they most recently traded a punter for an extra draft pick.

But the point is that the Steelers are content with the specialists that they have now. Boswell and Berry have been here for two years now, and especially for the latter, that’s pretty significant, since it’s been a good, long while since a punter last managed to do that for the team. It’s been a carousel, sometimes with two or three players on it in a single season, for too long.

My guess is the ride has stopped and they’ll ride off on the ‘horse’ they rode in on. Boswell, meanwhile, has endeared himself quite well, making six field goals in two separate games, including in the postseason, and his kickoffs have improved. Warren will be here until he decides not to be.