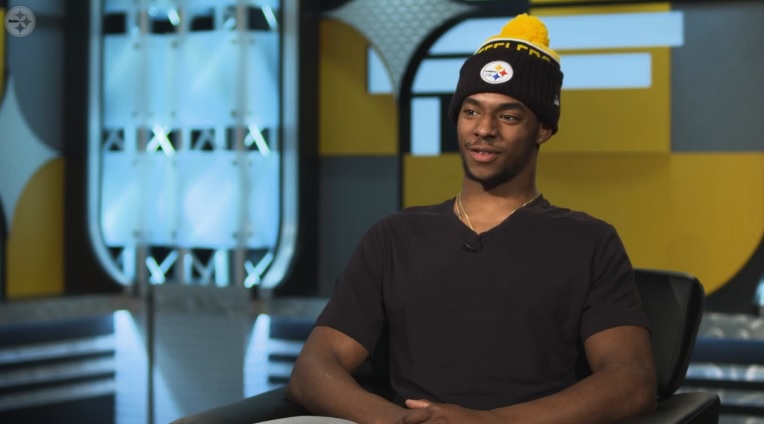 Immediately after drafting him, Carnell Lake said the team envisioned Sean Davis as a strong safety. But by the start of the year, Davis was playing in the nickel more than he was the last line of defense. Despite Mike Tomlin praising his conditoning, he struggled juggling both acts.

He recalled that time in a sitdown interview with Steelers.com’s Missi Matthews.

“That was tough,” he told Matthews. “It wasn’t easy, wasn’t ideal but that was the situation I was in. I had to work on my mental game. Playing one position in the NFL as a rookie is hard enough. Having two on my plate was pretty crazy.”

After recovering from a back injury and moved full-time to safety, he rapidly improved and ended in a much better place than he started. Officially, he started eight games, recording 69 total tackles, breaking up five passes, and intercepting one pass.

Looking back, Davis credits the rigors of having so much on his plate for helping his growth when he became a full-time safety, now able to view the defense and opposing offenses from two perspectives.

“I’m thankful for it. I feel like it helped me play faster, helped me learn more about the defense. If I had to go back and do it again, I wouldn’t change a thing.”

Davis will enter 2017 as the starting strong safety opposite Mike Mitchell. The focus for now, like so many players heading into their first offseason, taking care of his body after a long rookie season.

“They told me to be conscious that I did put my body through a lot. Rest is good. But I’m still young and I’ll be ok to come back after a couple weeks off. Don’t kill myself but make some progressions. And I’ll come back ready.”

Progression. That’ll be his key. There are a lot of areas for him to improve on, we’ll do a deep dive into that during the dog days of summer, but Davis must become a more consistent tackler and start making impact plays. The latter is what got Robert Golden benched. Strong safety is a spot that needs to make splash plays and Davis, granted, it’s his rookie year, didn’t do much of that. Just one interception and that came on a 4th down heave against the New York Giants.

There’s certainly reason for optimism to expect that in 2017 now that Davis knows his position heading into camp and won’t be shuffled around.