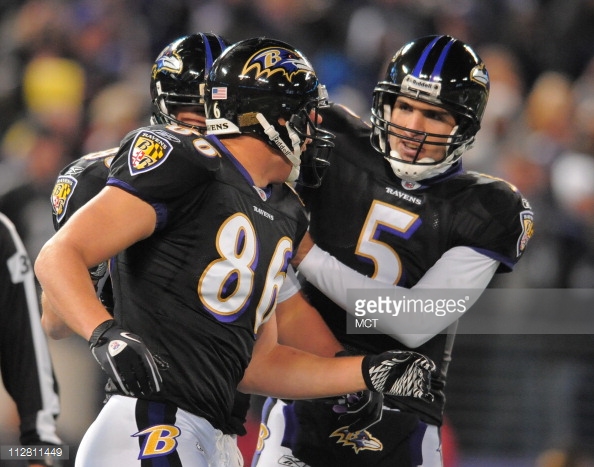 The Pittsburgh Steelers remain in mourning over the passing of their patriarch, Dan Rooney, owner, president, chairman, and ambassador. But the greatest tragedy within the broader NFL community in the past week was not in Pittsburgh, but rather in Arizona, when former Cardinals and Baltimore Ravens tight end Todd Heap accidentally struck and killed his youngest child, a three-year-old girl, while moving his vehicle in the family’s driveway.

A 2001 first-round pick, he has five children with his wife, Ashley. Their family is dealing with an immeasurable loss that will be felt for the rest of their lives. It is a parent’s worst nightmare to lose their child, and for good reason, though it’s often forgotten how great that impact is also on the siblings.

Heap spent the first 10 years of his career with the Ravens, from 2001 through the 2010 season, during which he caught 467 passes for 5492 yards and a franchise-record 41 touchdowns, averaging a very healthy 11.8 yards per reception.

He was released in the 2011 offseason in a salary cap move and finished his career with the Cardinals, playing two seasons there, during which he brought his career totals up to 499 receptions for 5869 yards and 42 touchdowns. He was a two-time Pro Bowler. The Ravens inducted him into their Ring of Honor in 2014.

While he may have made his home in Arizona, where he was born and raised and attended college, and did not finish his career in Baltimore, the city, the team, and the player have all remained close, and he retains ties with those who played with him while he was with the Ravens. He is very good friends with fellow tight end Dennis Pitta, and quarterback Joe Flacco has also remained in contact with him.

Yesterday, he told reporters that he and his wife would be traveling out to Arizona in order to spend some time with the Heaps. “Kind of just maybe a little bit of a distraction in this time”, Flacco said. “I have kids myself. It was a tragic accident. He’s a friend and me and my wife kind of just want to be there for him”. He plans to travel there today.

Many who knew or know Heap have been asked to comment on the tragedy, and the virtually universal theme in their comments, as it usually is in such situations, is “I can’t imagine what he is going through”. There are, however, those who know exactly what it is like to lose a child or a sibling tragically, and my extended family happens to have a good bit of experience in that regard.

I can say that this is something that fundamentally changes who you are and the way that you view the world, or at least it has the capacity to do so, and often does. You may in time heal some of the scars and ultimately move on with your life, as though there is any other choice, but you won’t be going back to that life; rather, you are starting a new one, and one that holds less capacity for joy.