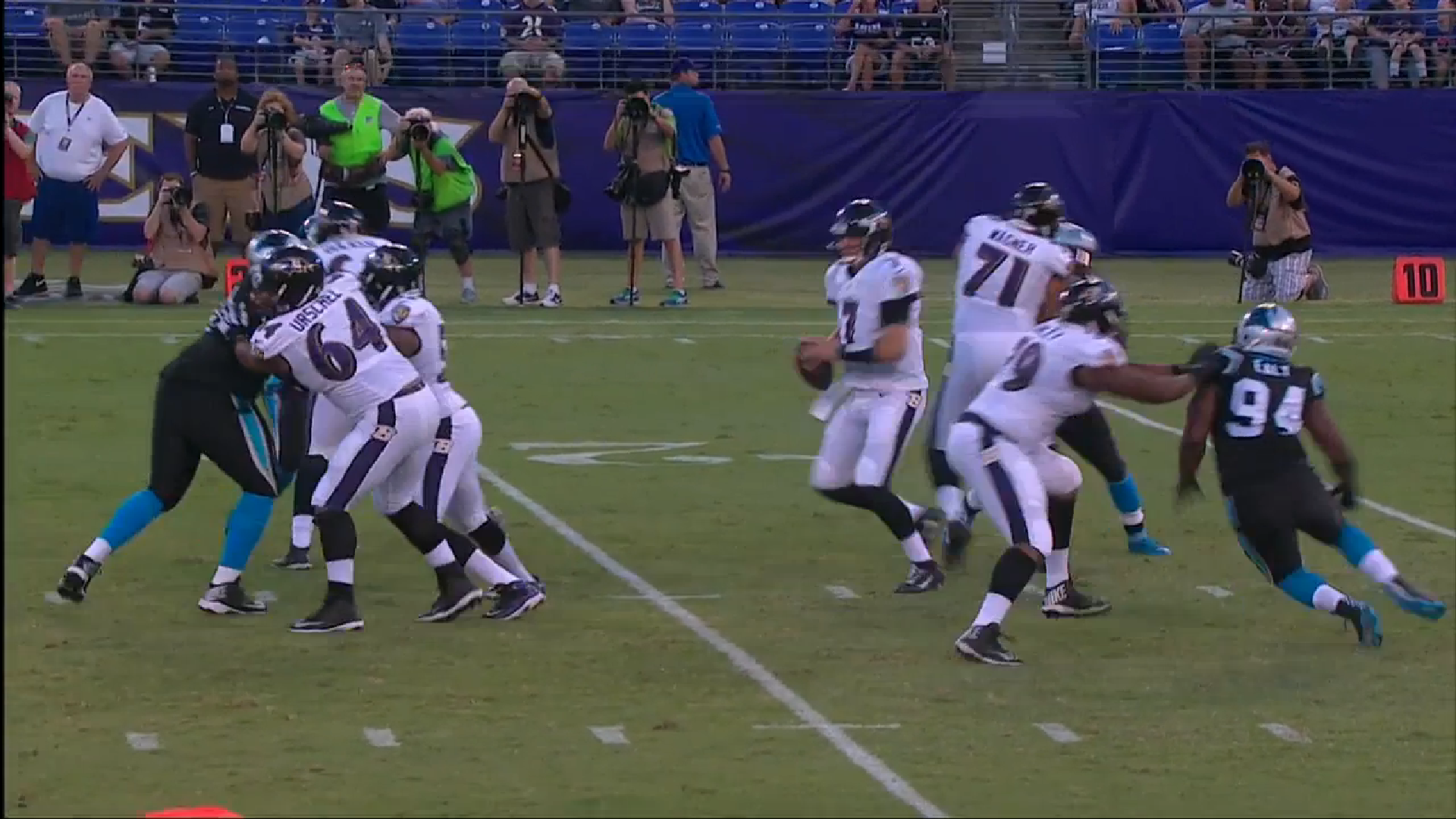 While it was by no means a major liability, the Baltimore Ravens’ offensive line last season was only passable at best at the start of the season, even if it improved over time. But they lost starting right tackle Rick Wagner in free agency and traded center Jeremy Zuttah to save cap space.

While they may talk up their in-house replacement candidates, the reality is that the Ravens know they took a step back along the offensive line, even if they have three potentially solid to Pro Bowl starters in Marshal Yanda and second-year players Ronnie Stanley and Alex Lewis. Still, not many people may know this, but you need five.

Ravens assistant general manager Eric DeCosta is aware of this, and he is also aware of how the Cowboys have rebuilt their offensive line by investing in the draft. He pointed to that recently while speaking to the team’s website. He said that “it’s not unprecedented” should they use another first-round pick on an offensive lineman after doing so last year with Stanley.

“Having a strong offensive line is something we want”, he said, and that’s something that requires having five solid and capable starters, not replacement-level stop-gaps, which is what the likes of John Urschel or James Hurst would inevitably amount to.

“When we won the Super Bowl in 2012, I think the biggest thing that happened was we tweaked the offensive line and they became really good in a very quick span of time”, he said. “Joe didn’t get hit, and he was able to stand in the pocket and throw the ball like he can”.

Joe, obviously, is Joe Flacco, their quarterback, who played inexplicably well during the Ravens’ inexplicable Super Bowl run that year. But he has shown that he struggles to adapt to inferior offensive line play.

Which is why, despite the fact that this is not a particularly strong nor deep draft class for the offensive line, the Ravens may well take another lineman in the first round, and it may not necessarily be a bad move. Because of the lack of quality, and the way the board breaks around the league, it’s entirely possible that no linemen are drafted by the time that they pick at 16.

If they could add somebody like Cam Robinson or Forrest Lamp, who could actually step in right away and start and play reasonably well at one of their vacant starting positions, then that would go a long way toward stabilizing their offensive for this upcoming season and for the immediate future.

The reality is that if they wait too long in this draft to seek offensive line help, they will struggle to find many quality prospects. They may have had success finding some quality linemen in the mid-to-late rounds, but that’s not something to be counted upon, especially not in this year’s class.