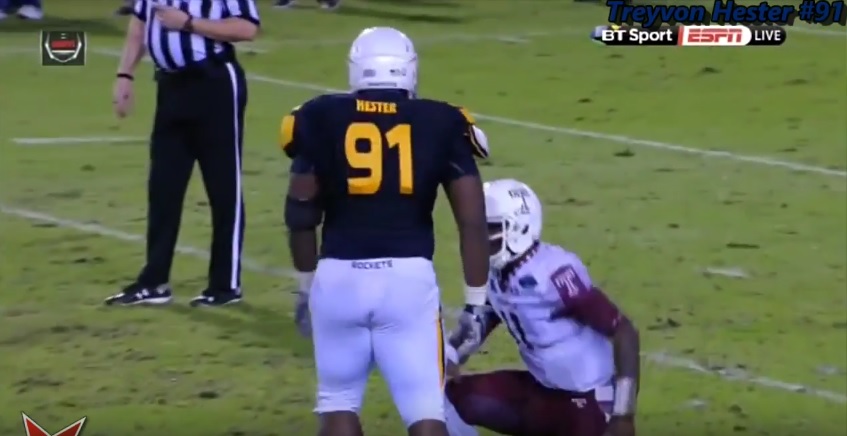 The Pittsburgh Steelers sent personnel to work out Toledo nose tackle Treyvon Hester, according to a report filed by Draft Analyst’s Tony Pauline. And Hester has a visit scheduled with the Steelers.

Per Pauline’s report, Hester held his own workout, attended by 13 different teams, after being unable to work out at the Combine due to shoulder surgery.  Weighing in at 6’2/3, 304 pounds, he reportedly ran an impressive 4.9 and jumped 31.5 inches in the vertical.

It doesn’t appear, however, John Mitchell was in attendance. But Hester will be making the short trip out to Pittsburgh in the near future for an official visit. Hester is a Pittsburgh native and attended Penn Hills High School, meaning his visit won’t count against the 30 each team gets.

The Steelers have shown interest in late round nose tackles and may draft one in order to push Daniel McCullers, who has failed to take the step forward the team was hoping for. For what it’s worth, Pauline seems awfully high on Hester, calling him one of the best nose tackles in this class and comparing him to Ahtyba Rubin. NFL Draft Scout ranks him as the 22nd best defensive tackle and projects him to be a 6th to 7th round selection.

As of today, the team still has six available slots for pre-draft visits. They should conclude sometime next week.