Maybe it’s nothing. Or maybe it’s something.  Martavis Bryant still hasn’t heard back from the NFL regarding his reinstatement bid to get back into the league. The supposed deadline is two weeks past, though technically, the league didn’t have to issue a ruling by then. According to his Snapchat, Bryant is in New York and in one video, says he has a big day planned for Thursday. 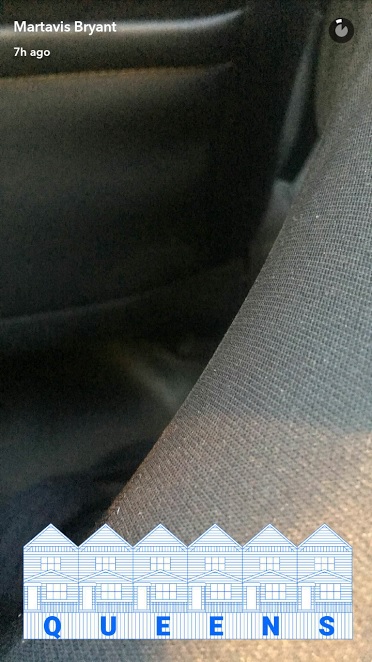 Here’s his exact quote from a separate Snapchat video, not the one in the photo above.

You have to assume he’s meeting with Roger Goodell to make his final case and the commissioner, his verdict. He was suspended by the league in mid March last season for multiple violations of the league’s substance abuse policy. Bryant has seemed to be on the straight and narrow since, coaching a high school team in Nevada, getting his weight up to about 230 pounds and in his words, actually putting effort into training for the first time in his life.

If he is allowed to return, he’ll become the Pittsburgh Steelers immediate #2, Z receiver and give Ben Roethlisberger one major weapon back. But that return is not guaranteed and Goodell seemingly has total authority and the team, for what it’s worth, have kept Bryant at arm length’s, generally deflecting questions on his potential return to the team.

After a longer than expected wait, though if you follow the site, you know we told you not to expect a swift decision, we may finally know our answer sometime this week.

Update: Here’s the video from our own Daniel Valente.

Here is the Martavis Bryant Snapchat video where he speaks of arrival in NY & "big day tomorrow". NFL Headquarters are in NY. #Steelers pic.twitter.com/uOA8sQVUlL