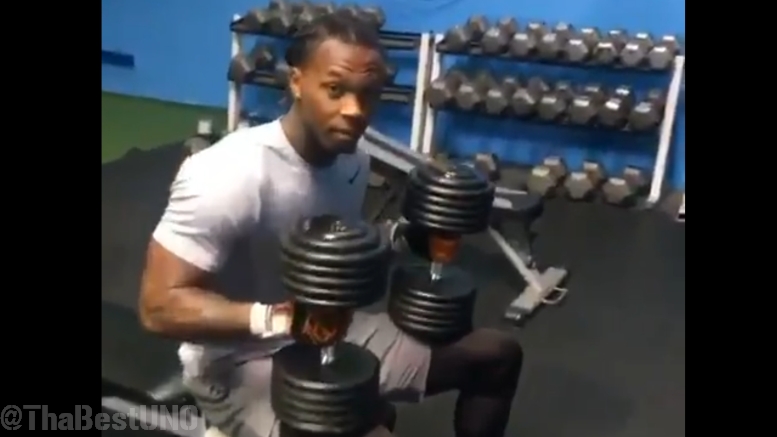 Bear with me as we wade through another Martavis Bryant topic, but I’m sure you can imagine that his conditional reinstatement yesterday was a pretty significant development for the Pittsburgh Steelers and its extended community. That it happened just two days before the draft should probably be noted as well.

Now that we know that he is permitted back at the facility, however, and on a path toward full reinstatement, it’s time to start considering the implications. Obviously, the hope is that Bryant will return to the lineup and serve as the number two receiver—or even the “1A”—to Antonio Brown to help create one of the more explosive offenses in the league.

He was a year out of football, however, so one has to wonder just how easily he will be able to pick it right back up when it comes to pretty important details such as functioning within the framework of not just the offense, but of a team structure itself. He has not done that other than pick-up games, and wasn’t exactly the most detail-oriented player before that.

What we don’t appear to have to worry about will be the physical aspect of the game. He has spoken during his suspension about the fact that he has taken training far more seriously while the game was taken away from him than when he was actually performing on Sundays.

He has been regularly posting videos on social media, snippets of practice sessions, and yesterday’s was a pretty notable one. He—actually a trainer that he was working with—reposted a clip of him running a 40-yard dash in which he was purported to have been hand-timed at 4.27.

Frankly, I hand-timed it myself more than a dozen times and the ones that I felt most comfortable with in terms of accuracy did not hit the sub-4.3 mark. But that’s not really the point.

The point is that he ran a 4.42 40-yard dash at the Combine, which is as official a tracking speed as you will find. It looks as though he comfortably ran that same speed, if not better, while working out during his suspension. So why is this notable?

Because it also coincides with him adding some significant mass, in the ballpark of about 20 extra pounds of muscle or so. He was already fairly big-bodied, yet somewhat lanky. Look at him now and you see a true athletic specimen.

And he managed to accomplish this without hindering his speed—perhaps even improving upon it. In the long run, it seems as though this suspension may have done him some good in terms of gaining some perspective about his priorities and the future of his career.

There is reason for optimism about Bryant as he works his way back into the National Football League, though it should still be approached with caution. At the very least, we can safely say that he has kept himself busy and engaged during his time away from the game.