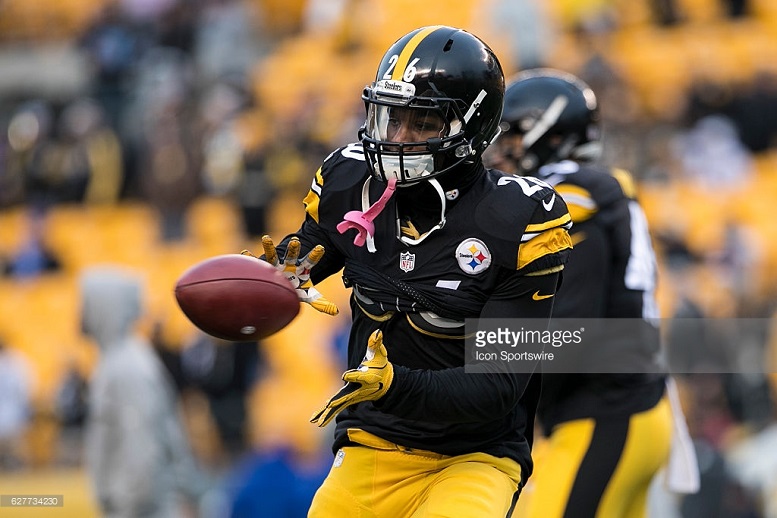 The Pittsburgh Steelers selected running back Le’Veon Bell in the second-round of the 2013 NFL Draft out of Michigan State and according to Gil Brandt of the NFL.com, he was the best second-round selection a team has made over the course of the last five drafts.

Brandt wrote about Bell’s selection and why he was still available to the Steelers at 48th overall:

Bell registered poor performances against Wisconsin (21 carries for 77 yards), Notre Dame (19 carries for 77 yards) and Ohio State (17 carries for 45 yards) in 2012. He also was too heavy. Though he caught a lot of passes at Michigan State (78 for 531 in three years), I think he was viewed as more of a power runner, and that perception hid signs of the versatility he’d eventually display in the NFL.

Brandt then proceeded to write about what Bell has become:

Former NFL and Michigan State running back Lorenzo White helped Bell slim down, and he became a much more fluid guy. In 47 regular-season games with the Steelers thus far, he’s registered 227 catches for 2,005 receiving yards (second only to Matt Forte over the last four seasons) and 908 carries for 4,045 rushing yards with 26 rushing touchdowns. He has outstanding agility for his size and a great ability to change direction, as his time in the three-cone drill at the NFL Scouting Combine (6.75 seconds) hinted. Offensive coordinator Todd Haley should also get some credit for creating a system that takes full advantage of Bell’s three-down skills. It’s little wonder the Steelers kept Bell from hitting the free-agent market by applying the franchise tag to him in February.

While Bell has missed his share of games due to injuries and suspensions, he’s certainly been a big offensive weapon for the Steelers when he’s been on the field. With his rookie contract now up, Bell is currently wearing the franchise tag and is expected to sign a new long-term contract extension prior to the July 15 deadline.

While no other Steelers players made Brandt’s second round top-10, you have to wonder just how close defensive end Stephon Tuitt came to making the cut. Tuitt, who was selected 46th overall in the 20124 NFL Draft out of Notre Dame, has recorded 11.5 sacks in his first three years in the league. Like Bell, Tuitt is expected to sign a new contract during the offseason.