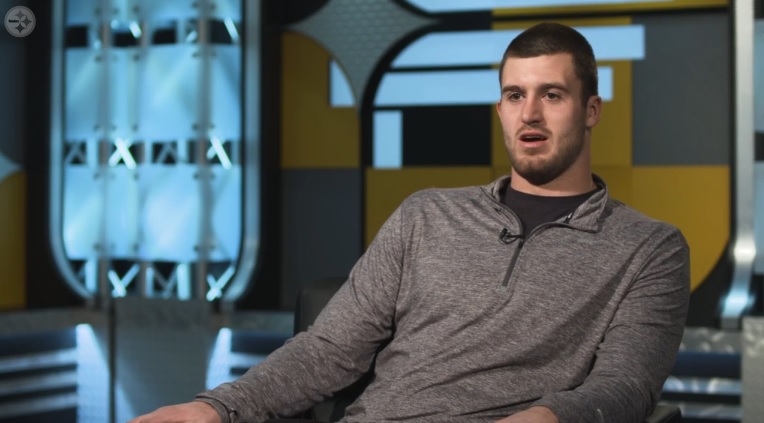 One thing rookies quickly find out is how to take care of their bodies. How to stay in shape but how to get in shape. Bud Dupree dropped weight from leaving Kentucky at 269 pounds. By the offseason, he dropped 20 pounds to get down to 254, though obviously, with his hernia injury, it was difficult to evaluate the fruits of that decision.

But Jesse James is one strong case study. He dropped a similar amount of weight, 15-20 pounds, from his listed weight of 261. The decision paid off, he said in an interview with Steelers.com’s Missi Matthews.

“I felt really good throughout the year. Felt healthy. Felt like I was faster, could play a lot faster.”

A player maintaining his body is one of those crucial but overlooked aspects to getting through a 19 game season, and that’s not even counting training camp, preseason games, and practice.

While it’s still debatable if he’ll ever emerge as a solid #1 tight end for the Steelers, there’s zero question he made big strides in his second season. Filling in for Ladarius Green for large chunks of the season, he ended the year with 39 catches for 338 yards and three scores. He made strides as a blocker during the course of the season, soothing any concerns about playing at a lighter weight, something he – and everyone else in the tight end room – take pride in.

“None of us are big talkers but we take a ton of pride in being able to run the ball. That’s just the way the tight end room has grown, James Daniel being here as long as he has. It’s an expectation to be an extension of the offensive line.”

James Daniel truly is the veteran of the group, here as long as Ben Roethlisberger has been. David Johnson did come back for Round Two with the Steelers but Xavier Grimble and Green were fresh faces to Sunday football in Pittsburgh. James was heading into year two, one without Heath Miller, the glue of the group.

The tight end group helped pave the way for Le’Veon Bell to average 4.9 yards per carry, tied for the highest mark in his career and establish himself as the game’s best back (if there was even ever any question before).

James is his quiet, unassuming self, which sums up that whole room to a “T,” but check out the entire interview with Matthews here.