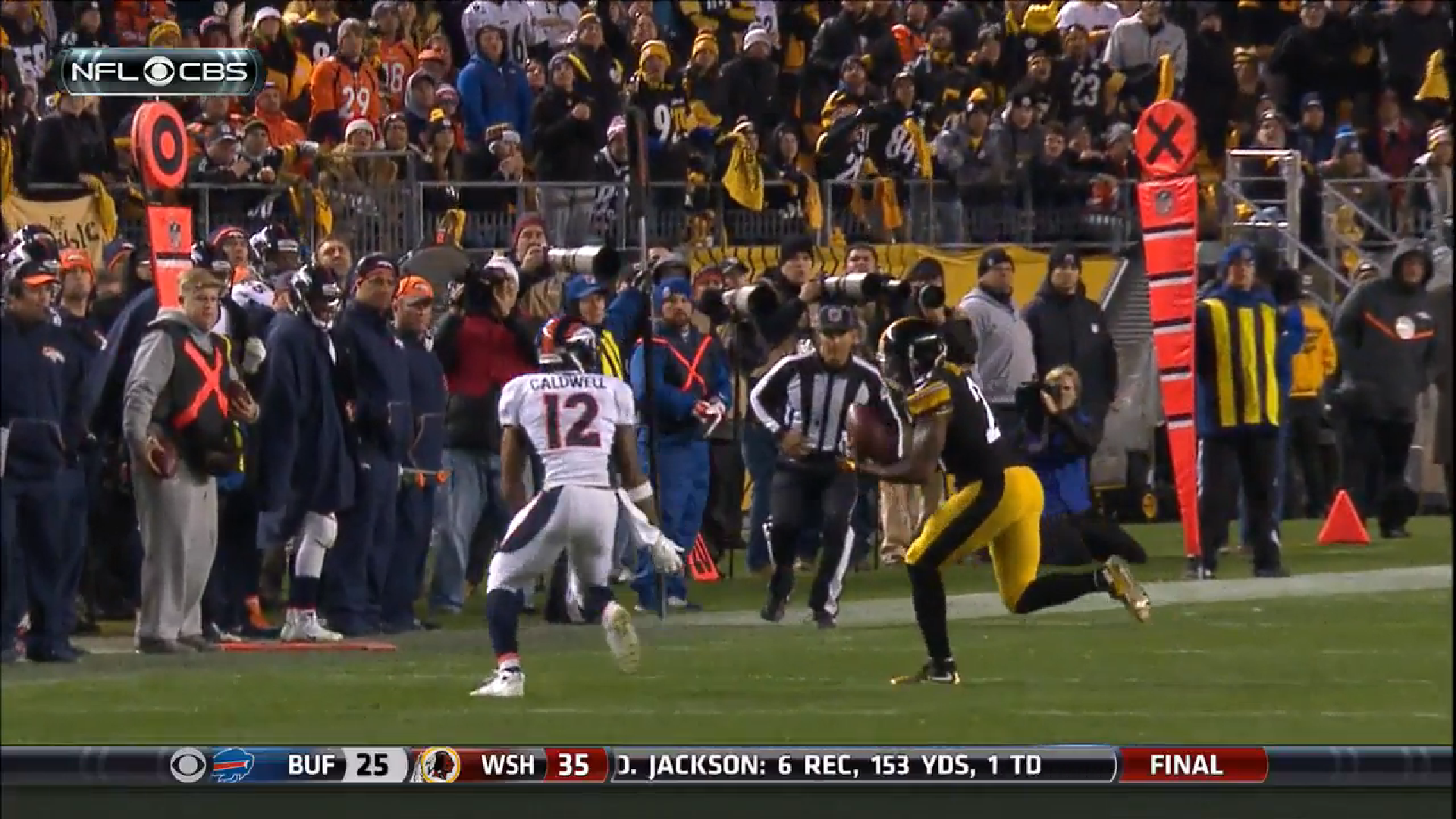 Who knows what’ll happen in the draft. You don’t know, I don’t know, heck, even the team probably barely has a clue of how draft night will unfold. What is clear is the Pittsburgh Steelers have some level of interest in a safety, a position that may have surprised you and made my perk my ears up.

They’ve brought in several throughout the pre-draft process: Budda Baker, Josh Jones, and Obi Melifonwu are the non-local guys brought in. And Kevin Colbert, if you believe reports, is smitten with Jabrill Peppers. On paper, the team is set at stating safety with Mike Mitchell and Sean Davis. So why is there interest in another safety and where would that guy fit?

You could point to an eventual replacement for Mitchell and sure, maybe there’s something there. But for a first or second round pick, which is where all those players we just named will go? There has to be another plan to, at the least, get that guy on the field as soon as possible. Long gone is the Steelers’ way of sitting their draft picks for a full season. That basically ended with Stephon Tuitt, who was frustratingly plopped on the bench until the final quarter of his rookie season. Even an Artie Burns, who the team admitted was incredibly raw and would have to learn their defense, was playing Week One and didn’t take long to crack the starting lineup.

So where would a high pick safety wind up? As the hybrid player in the Steelers’ dime defense. It’s a 2-3-6 look the team has attempted to use the past two seasons; the end of 2015, the start of 2016. Neither were incredibly successful and it largely had to do with personnel. Robert Golden isn’t the ideal candidate. But the desire is there, both within the team and league-wide. And it isn’t just with guys like the Arizona Cardinals’ Deone Bucannon; he’s a linebacker who just happens to wear #20. Forget about him.

I’m talking about the Daniel Sorensen and David Bruton types. Guys who have been/can play safety but are shuttled into the box in sub-package football. Like here, Sorensen, #49. 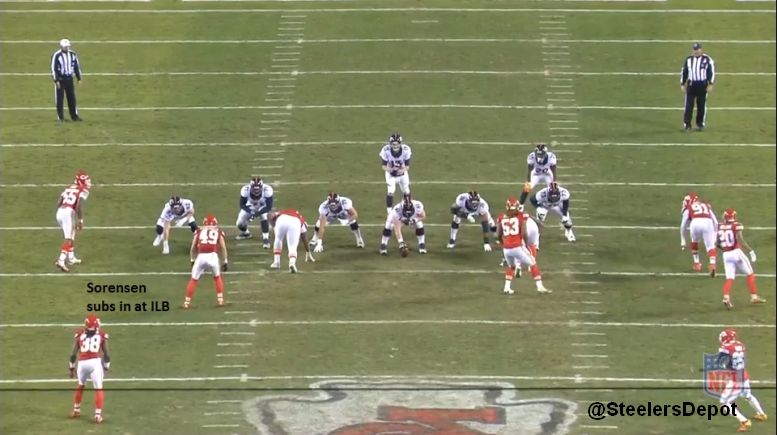 Obviously, the Steelers have done the same with Golden. 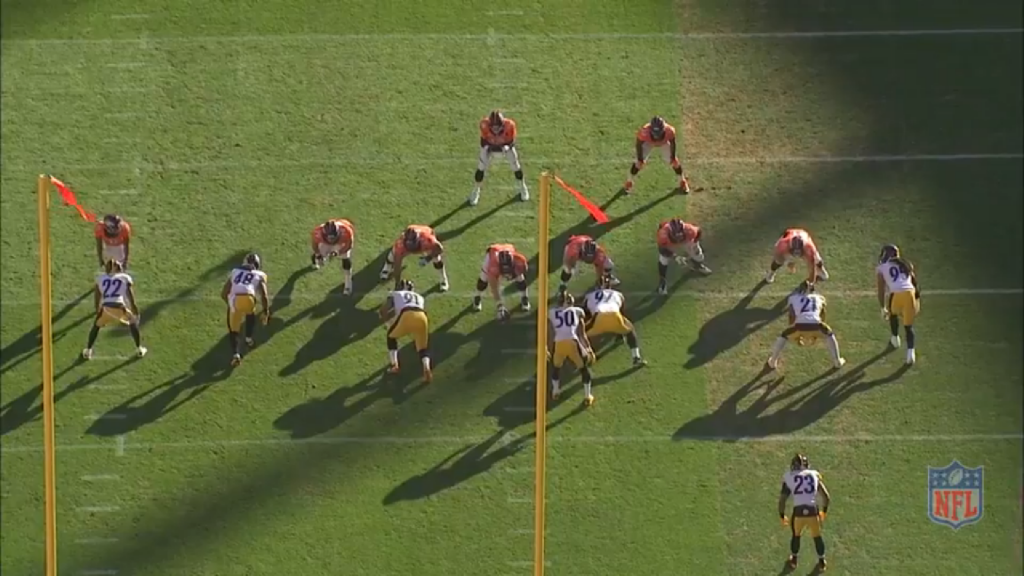 I went back and charted the coverage the Steelers played in their dime defense in 2016 against passes. Here are the results:

True to their overall coverage philosophy, the Steelers played a lot of Cover 2. In general, it was zone heavy. And there’s a reason for that; they lacked some of the depth talent to play man-to-man across the board. William Gay wasn’t great in man, and it wasn’t just the Patriots game at the end of the year. And Golden, the focus here, had his issues too.

That was most evident in Week 7 against the New England Patriots. You probably remember them well. Twice, Golden got matched up on Rob Gronkowski. And twice, he was attacked, exposed, and feasted on. The first coverage was really tough for me to figure out but as far as we can tell, per Carnell Lake’s evaluation of the play, is Golden was solely responsible for Gronkowski down the seam.

And later in the game, the Steelers aren’t in their dime defense but the same idea applies. Cover 1, one-on-one with Gronk, who shakes him on this double-move, stemming inside and then breaking away for a monster gain.

Mike Tomlin has expressed the desire to be a better man coverage team when required. A reminder of what he said during league meetings.

That’s broader than just dime defense but having that hybrid player would be key. Burns is capable of playing man, that’s what he was drafted for. Ross Cockrell was the team’s best man corner last year. The slot and any dime defender are where the biggest upgrades could be found.

Cover 2 asks Golden to be the deep hole defender, one of the obvious weaknesses of Cover 2. You can see an example, though I’m sure you can imagine it, of him being asked to from LeBeau’s playbook, a standard Cover 2 coverage. As LeBeau defined it, the “deep hole” is 16-22 yards deep though on this play, they’re asking for a depth of 25. 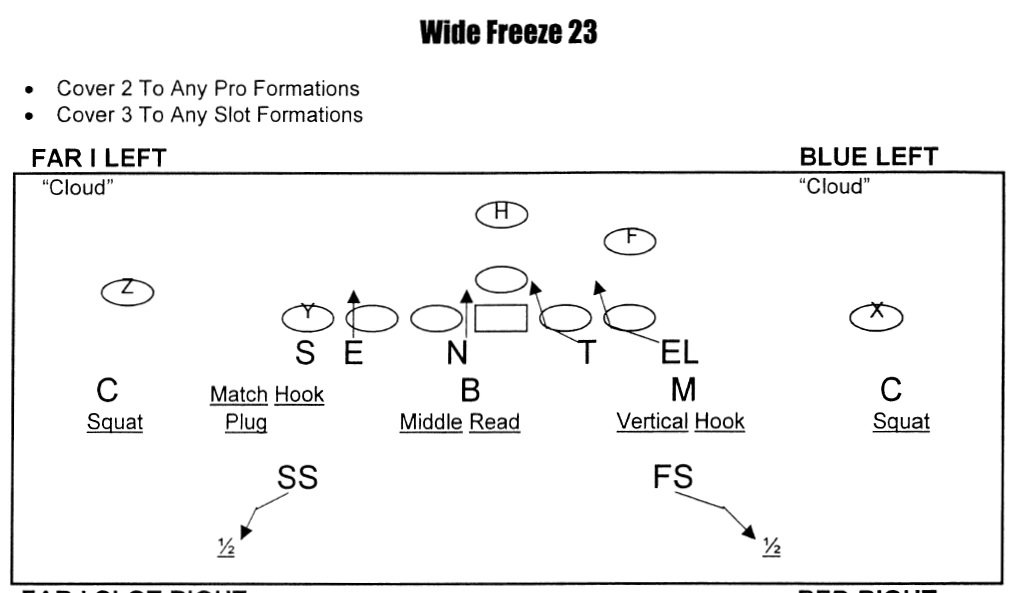 For a linebacker, that’s asking a lot. For a safety like Golden, it’s fairly natural for him and overall, he did well with that role, but there are times it requires a high level of athleticism. When Keith Butler wants to disguise it, Golden will line up near the LOS before bailing to the deep middle right before the snap.

He’s able to settle into coverage but if there’s a threat down the seam, Golden has to run with him. With the Cover 2 hole player always opening up to the field, that’s a lot of grass to cover. Safeties align two yards inside the numbers, meaning that hole defender has to have a lot of range.

That’s a huge advantage of having a defensive back here than a linebacker. Much easier for someone like Golden to get to his spot than a linebacker like Lawrence Timmons. And if you have a hyper-athlete like Melifonwu, he’s going to be able to cover that type of ground with ease, allowing your coverage to be more flexible and its pre-snap look more exotic. That’s what Troy Polamalu offered the defense. Quarterbacks couldn’t define the coverage because Polamalu was able to hide it for so long.

But there were times that as the deep hole defender, Golden simply didn’t have the athleticism to close. This 29 yard completion against the Buffalo Bills is a perfect example. Skinny post by #2. Golden sees it but can’t get to the catch point in tie and the pass is completed.

Pittsburgh has quickly seen their defense transform with Butler and Tomlin running the show. No longer are they just a Cover 3, Fire Zone defense. Tomlin, as we’ve written about many times before, has put his stamp on things, and blending his Dungy/Carson background with Butler’s 3-4 mindset.

Beyond the scheme is a simple philosophy to fill the Steelers’ defense with elite athletes who can cover the entire field. Ryan Shazier, Burns, Sean Davis, all guys who tested extremely well, the hope being a watered down scheme compared to LeBeau will get them on the field sooner and that athleticism can carry them the rest of the way.

That’s what this hybrid player can do for the Steelers’ defense and why they’re showing the interest they are. It’s a perfect time to make the move with Timmons officially gone and Vince Williams not an ideal candidate for a three down workload.

It’ll give the Steelers a better answer against teams who want to spread the field horizontally, give them another cover-first, top athlete on the field, and allows them to run more man coverage (2 Man, Cover 1 will be most common), and less of spot dropping zone, which got them into huge trouble in the Title game against the Patriots.