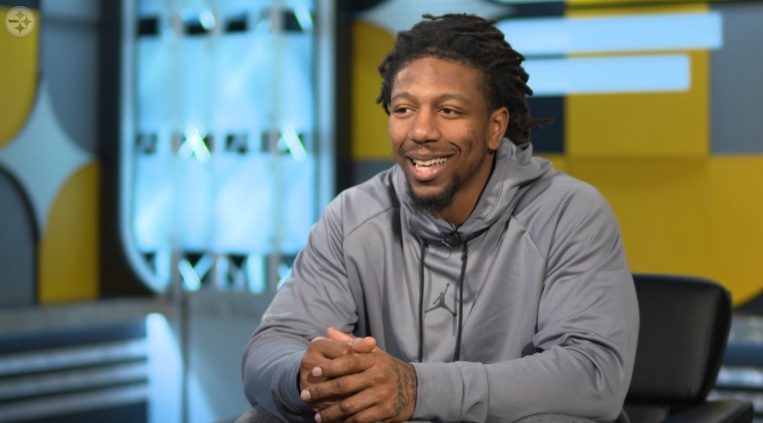 There’s leading by words and there’s leading by action. In the offseason, the latter can be more important. The team isn’t together in one place, scattered all over the country, and for a guy heading into his first offseason, there isn’t always going to be a perfect road map. So Bud Dupree leaned on the Pittsburgh Steelers’ hardest workers – James Harrison and Antonio Brown.

Sitting down for Part 2 of his interview with Steelers.com’s Missi Matthews, Dupree said he was motivated by watching the videos Harrison and Brown would post online.

“I learned work never stops. Even if you’re at home doing something, doing something is always good. Not just sitting around. Make sure you’re doing something to catch that edge…Deebo takes care of his body all the time. He spends a tremendous amount of money on his body, taking care of it.”

Harrison has said in interviews he spends upwards of $350,000 per year on taking care of his body and keeping himself in the best shape possible with a wide array of doctors and therapists to help him get through the regular season grind.

“Watching AB’s videos and watching Deebo’s videos, everyday they were doing something. I took it upon myself that if I wan to be great like those guys, I need to be doing something every day.”

Their workouts have become legendary with Harrison filming himself in the weight room every Monday morning, always the first one in. He’s trained in Arizona during the offseason, even if that means working out in temperatures you could grill a panini on.

Dupree dropped roughly 20 pounds to get his conditoning up for 2016. Unfortunately, his second season got off to a late start, undergoing hernia surgery that kept him out until the second half of the season. He ended on a high note, recording 4.5 sacks over the final four regular season games and then another half-sack in the playoffs.

Heading into Year Three, a critical year, he’ll be expected to be the team’s premier pass rusher.

Armed with a year of knowledge, he told Matthews he’ll take the same mentality into this offseason, working almost every day, but said he’ll change his “approach” to better take care of his body. A healthy and peak Dupree is one key the Steelers’ defense needs.