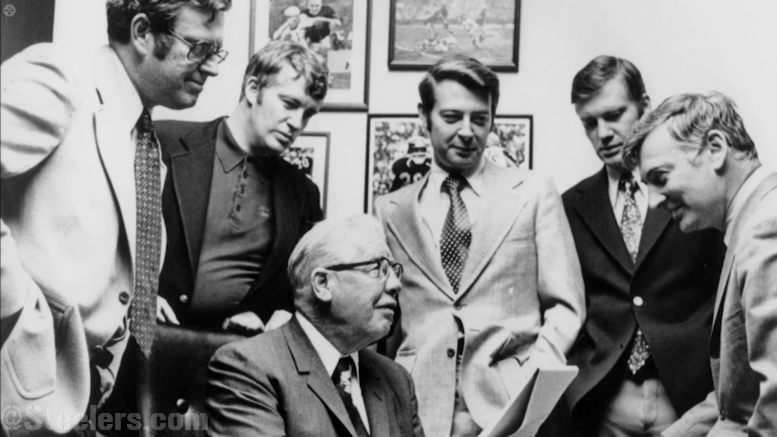 When the league changed its rules regarding ownership stipulations around a decade ago, it kicked into motion a series of moves that reshaped the ownership structure of the Pittsburgh Steelers. For the longest time, ownership of the team was contained entirely within the extended Rooney clan, with the Rooney family owning 80 percent and the related McGinley family owning the other 20 percent.

That changed in 2009 when the team was forced to take on new investors with the brothers of Dan Rooney tasked with making the decision of whether and how much to sell their stake in the team. Tim sold all of his shares, while Pat and John sold the majority, within 2.5 percent of the total share.

That leaves just Art Rooney, Jr. as the only other brother of Dan Rooney to retain a significant share, but according to an article from February in the Pittsburgh Post-Gazette, he too could sell off some or all of his stake in the club.

This could potentially pose a problem given Dan Rooney’s passing, and this is a subject that I haven’t seen covered since then. In order for the Rooney family to retain principle ownership of the team, Art Rooney II was required to own at least a 20 percent stake and between himself and the Chairman, they must hold at least a 30 percent stake.

Ed Bouchette wrote then that “Art since then accumulated more shares, and sources tell the Post-Gazette that the principle ownership will remain in his family even as others buy more stock from his uncles and the McGinley family”.

It is not at all clear to me how Dan Rooney’s passing affects this. Perhaps Art Rooney II will be required to purchase more shares in order to reach the requisite 30 percent ownership stake in his own right. Perhaps other qualifying members of the Rooney family may step up.

Consider this: according to Bouchette’s article, the team’s board of directors at the time of writing consisted of Dan Rooney, Art Rooney II, Art Rooney, Jr., Jack McGinley, Thomas Tull, David Tepper, Larry Paul, and Rob Citrone, all of whom were primary investors.

Dan Rooney’s passing already significantly reshapes the board of directors, and if Art Rooney, Jr. and the McGinley family continue to sell off their shares, it will be just Art Rooney II as the only member of the extended family representing them on the board.

Jack McGinley told Bouchette in February that “it’s my belief and deep hope that Art maintains control”, and that he is “an Art supporter”. He added, “I hope my family can make another generation out of it with the Rooneys”.

I confess that I must plead ignorance in the broader matters that I raise here, because I quite frankly am not informed enough on the specifics or of the general knowledge required to have an informed opinion. But given the trade-offs and Rooney’s passing, I can’t help but wonder if the Rooney family is at risk of losing its substantial voice within the ownership of the team, at least for the time being.