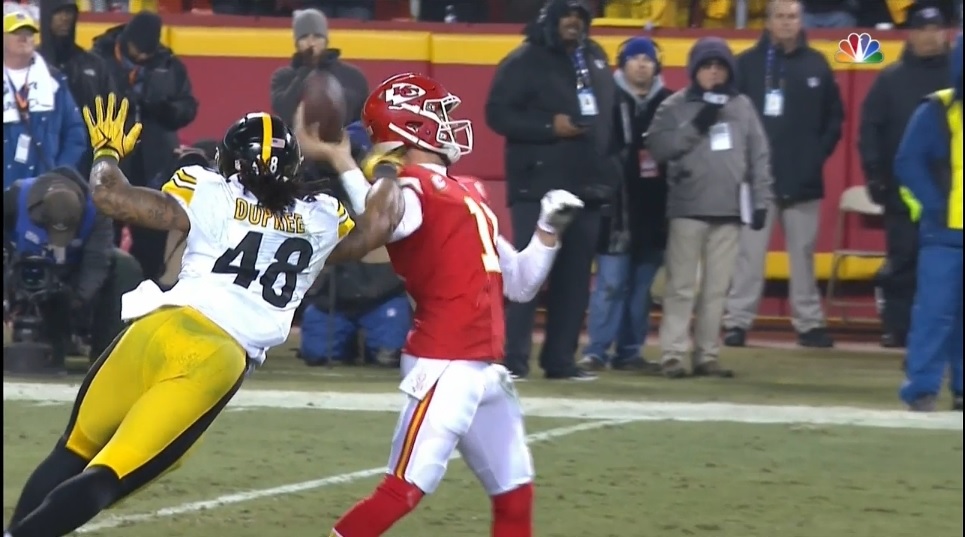 Are you a fan of Pittsburgh Steelers outside linebacker Bud Dupree? Are you a fan, but think that he needs to work on his pass-rushing repertoire, and desperately hope that he is aware of that and is working on that aspect of his came entering his third offseason?

Then I’ve got some good news for you. As Alex Kozora already mentioned recently, the Steelers’ 2015 first-round draft pick is working with acclaimed pass-rushing coach Chuck Smith, who has previously worked with Cameron Heyward and Stephon Tuitt among others on the team, as well as with many players and teams around the league, most notably Von Miller.

Pete Prisco recently visited Smith at his craft, and it happened to be on one of the days that he was working primarily with Dupree, which means that we got a substantial chunk of his article providing insight into his offseason.

“In college, I didn’t have any moves”, he told Prisco. “I didn’t know what I was doing. I got by on my athletic ability. That doesn’t work in the NFL. You need to have more”. Of course, one would think that he could learn a move or two from Joey Porter and James Harrison, but I digress.

Smith said that he believes Dupree will be the Defensive Player of the Year, according to Prisco. When the reporter told the player of the comment, he said, “I believe that also”. That is the kind of attitude you would hope to have from the future of your pass rush. “The kid is a freak”, Smith said of Dupree.

You might recall of his history that the Kentucky product actually never had the benefit of a position coach for the outside linebacker position in college when his program converted to the 3-4 in the middle of his tenure. “I am still learning, and this is the place to be to do that”, he said of working with Smith.

It is the place, of course, because the CBA significantly restricts player-coach contact in the offseason. Players do not report until the 17, and for the first several weeks contact still remains limited. So players have had to turn to outside help out of their own pocket to work with people such as Smith.

Early in the article, Smith pontificated over the question of whether or not you can ‘make’, that is, train, a pass rusher. He is of course in the business of training pass rushers, so it’s no surprise that he answered in the affirmative, but he did concede that the athletic ability has to precede the training.

Dupree agreed that you can make a pass rusher. “I am one of those guys”, he said.

He also, apparently, doesn’t like just getting pressure on the quarterback. “They look good on paper, but not to me. If you get close to the quarterback and don’t get him down, it throws off your game because you get so mad. ‘Damn, I should have gotten him’. Sacks are still the most important”.

There was a lot of worthwhile content in Prisco’s article, which also details some of the drills that Smith put Dupree through, including a 10-minute session working on a cross-chop and another working on a speed-burst drill. Miller timed 1.30 in the drill. Dupree got it down to 1.33 on his second try after a 1.66 the first time around.