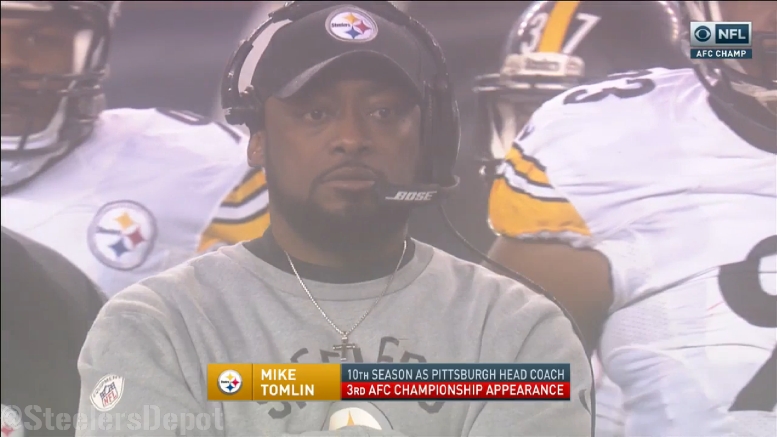 Attending the NFL league meetings this week, Mike Tomlin has a 25 minute session with reporters who made the trip. So far, there haven’t been a lot of interesting quotes, but Tomlin made it clear they won’t change their approach after getting blown out by the New England Patriots in the AFC Championship Game.

This from the Trib’s Joe Rutter.

Tomlin said #Steelers won't build for 2017 in "reaction" to AFC title loss to NE. Said goal is to strengthen overall and build depth

The statement is no surprise even if not every fan is going to exactly love the answer. The Steelers will stay the course and stick to their philosophy and how they always conduct business in order to, and this is the first mission, win the AFC North to put them in a prime spot to make a deep playoff run.

Still, the Patriots are unquestionably at the top of the AFC – and the entire NFL – and only got better during the offseason. They signed Stephen Gimore, traded for Brandin Cooks, and still may end up keeping Malcolm Butler for one more season all while retaining Dont’a Hightower and keeping him away from someone like the Steelers.

New England has proven to be the thorn in the Steelers’ side. Pittsburgh is 1-4 against them in the playoffs all-time and 0-3 under Kevin Colbert, with their only victory a meager 7-6 win in 1997. All four losses have come in either the Divisional or Championship round and generally speaking, the Steelers have never found a way to solve Bill Belichick’s team.

As a top three team in the AFC for 2017, on paper at least, they should get another crack at it. It isn’t just a talent issue as much as it is a scheme and gameplan problem but that’s a discussion we’ve covered before and can save for another time.