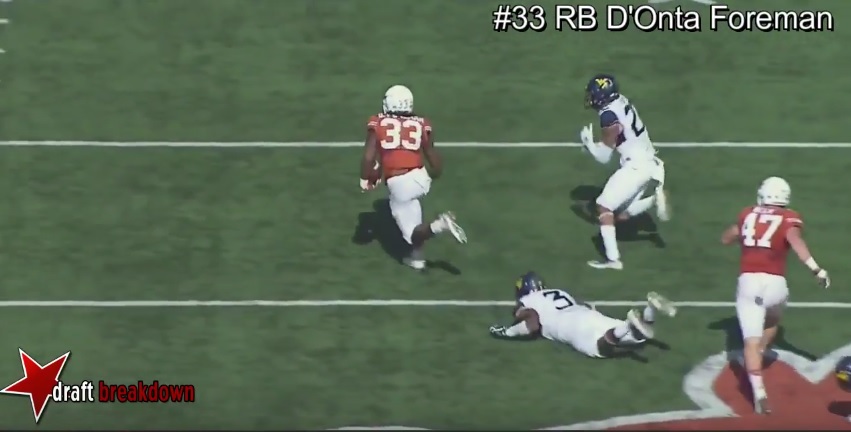 Circling back on one tidbit of information from Texas’ Pro Day two days ago. The Pittsburgh Steelers sent RBs coach James Saxon to the event, per NFL.com’s Gil Brandt. Obviously, this was to check out running back D’Onta Foremen, who didn’t disappoint with an impressive workout.

Foreman was a handtimed 4.45 at 237 pounds, according to Brandt, one of the most impressive times he’s ever had on a back of his size.

The Steelers have shown interest in him throughout the process, meeting with him at the Combine and now, of course, sending their RB coach to watch him at their Pro Day. Foreman’s stock has certainly taken a boost after his workout. He didn’t work out at the Combine due to a stress fracture in his foot that probably isn’t even fully healed, making that 40 time all the more impressive.

Pittsburgh likely wouldn’t entertain the idea of taking a RB until at least the third round and there’s now no guarantee he’ll last to that first pick, 94th overall. But if he does, the Steelers could be tempted to take him, especially since they prefer their true running backs to be big and bruising.

Check out our full scouting report on Foreman below. The biggest issue Foreman had was too many fumbles, though to be fair, he dealt with a hand injury last season.

Pittsburgh will likely invite a couple of running backs in for a pre-draft visit. Oklahoma’s Samaje Perine seems like another candidate.